Hello again all! I’m happy to be bringing you part 11, of our ongoing series on container services for MSPs!

We’ve covered A LOT of material thus far. From supported platforms, to container pricing, and networking basics. In this segment, we’ll be building on those networking basics a bit. In part 1 of the container networking discussion we talked about different options for connectivity, and how to expose a container to the physical network using a Windows Server 2019 container host’s networking stack. In Part 2, we’re going to take that a step further. Mainly, how to get the container to appear as its own entity on the network and obtain and use an IP address of its own.

Before we get too far into that though, let’s see where we’ve been thus far in this series

As with most of the posts in this series, we’ll be using Windows Server 2019 as the container host for this segment. The container host is a fresh build with the March cumulative hotfixes installed, and Docker installed from the DockerMSFTProvider PowerShell provider.

All container networking in Windows Server is done via a Hyper-V vSwitch (As shown in figure 1 below). By default, in Windows Server the first time the Docker Engine runs it creates a NAT network, which is attached to an Internal vSwitch. New Containers are attached to this network automatically and get an IP address associated with that NAT network (usually something in the 172.16.0.0/16 network). This is great for simple containers, but what if you have a more persistent workload? What if you have something running in a container that is important enough to warrant its own static IP, or at least pulls something from the network’s DHCP server? This is the use case we’re addressing in today’s segment. 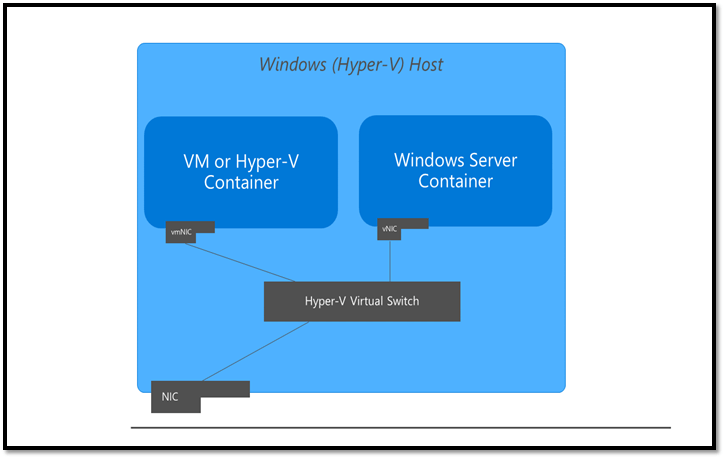 DHCP Address to a Docker Container on Windows Server 2019

Once Docker is installed you can get a list of the current networks by issuing the below command:

Which, if this is a new container host, should return the following as shown in figure 2:

We need to first create a new docker network that will use the “transparent” driver type. This tells Docker that we’re creating a new Docker network that will utilize an external vSwitch for connectivity more akin to a traditional VM. We do so by issuing the below command with the -d parameter followed by the name we want to use for this network. In our case we’ll call it ContainerExternal

Then for kicks, execute:

You can see based in figure 3 below that a new Docker network has been created as well as a new Hyper-V External vSwitch that is associated with it.

So, our network (and vSwitch) are ready, let’s provision a new container that will utilize this network and receive a DHCP address from the physical network. For this example, we’ll deploy a simple Nano Server image as a Hyper-V Container.

To attach the new container to the new network we configured, we simply use the –network parameter as shown in the command below

There is a lot going on with this command. So, covering each parameter in order:

Once started we’ll be logged into the console of the nano server container, and we can see by issuing the hostname command, the container has been given a random name. Additional we can also see by running ipconfig that we’ve achieved our goal of having the container retrieve an IP from the network’s DHCP Server. Figure 4 Below has the proof! 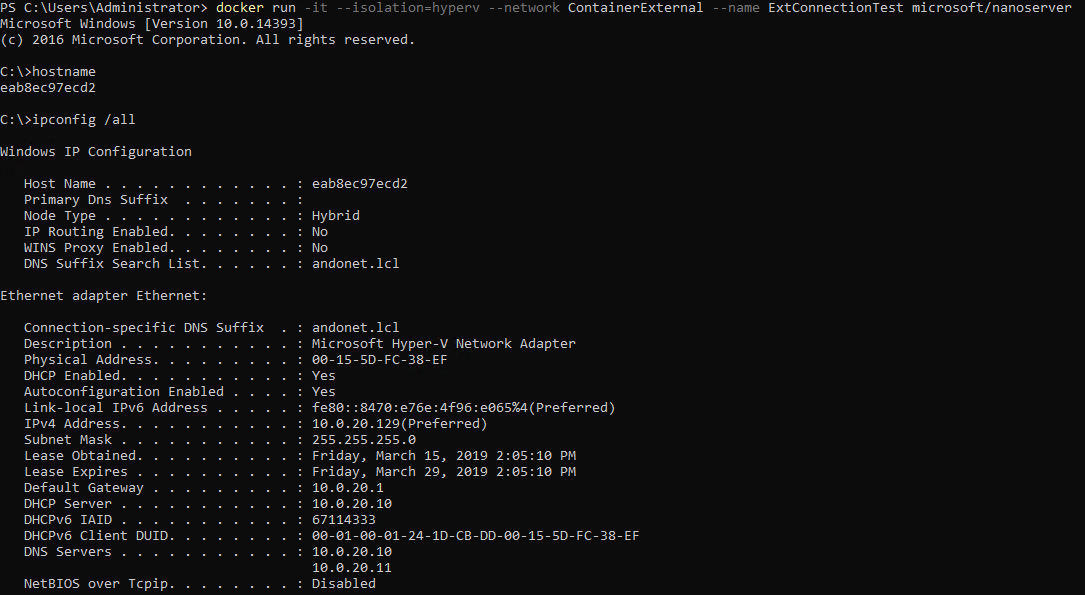 Figure 4: Running a container attached to a transparent type docker network allows the container to retrieve a DHCP address

Now, what about a situation where you’d like to assign a static IP address to a container? The process is very similar, but with a few differences. For one, an additional –subnet parameter must be added when creating the new docker network. With this parameter, you have to define the subnet in CIDR format for the range of IPs that you would like to use. For example:

Then when starting the container, you select the new network and define the IP you’d like the container to use as shown below

If you check the IP of the running container, it should be configured with the IP defined!

NOTE: I have to mention that the above 2 commands for static addresses worked only some of the time for me. There were a few times where the gateway address was configured, but for some reason, the IP was still pulled from DHCP. This looks to be a potential bug with static IPs and Hyper-V Isolation as laid out here. However, the issue is closed with no resolution. So, while the above should work with no issues for Windows Containers, there looks to be a potential issue with Hyper-V Containers right now. I’ll be following up on this and reporting back.