Learn how and when to use vSphere Snapshots

The state of a virtual machine at any specific point in time can be preserved by taking what is known as a VMware snapshot.

The VMware snapshot feature is particularly useful in those scenarios where you want to quickly recover from a failure or simply revert back to the desired state. Restoring a VM to a functional state following a botched update or patch is one common use case. Similarly, you can use snapshots to reset a VM back to a baseline state once a user is done using it, perhaps as part of a training lab maintenance regimen.

You can work with VMware snapshots from any vSphere client or by making API calls from PowerCLI or similar. Different tasks such as reverting from snapshot, deleting VMware snapshot file, etc. follow the same click and select pattern. The common denominator here is Snapshot Manager using which, you’ll be able to:

From vSphere client, it’s always a case of right-clicking on the VM name, selecting Snapshot(s) from the VM’s context or actions menu followed by the operation wanted. This is shown in Figure 1 as Option A. Alternatively, highlight the VM name, click on the Snapshots tab and select a task from the All Actions drop-down menu or by clicking on the respective task icon i.e. Option B.

Note that each VM can have a maximum of 32 VMware snapshots. For best performance, it is VMware snapshot best practices that you stick to 2-3 snapshots per VM. When this limit is exceeded, the error shown in Fig.2 is returned.

Another limit to be aware of is that of retention. The VMware snapshot best practices include to avoid using a snapshot for more than 72 hours since the files constituting the VMware snapshot keep growing and may impact system performance aside from the fact that you can run out of space on datastores that are relatively small in size.

How to take snapshots

When you take a VMware snapshot of a VM, the following information is preserved.

Two optional settings determine the state a VM is restored in when reverting back from the VMware snapshot. Note that none of these options are available, or required for that matter when a snapshot is taken while the VM is powered off. The two options are:

Figure 3 captures a series of screenshots showing how VMware snapshots, of VMs residing on different environments, are taken using a particular vSphere or Host client. 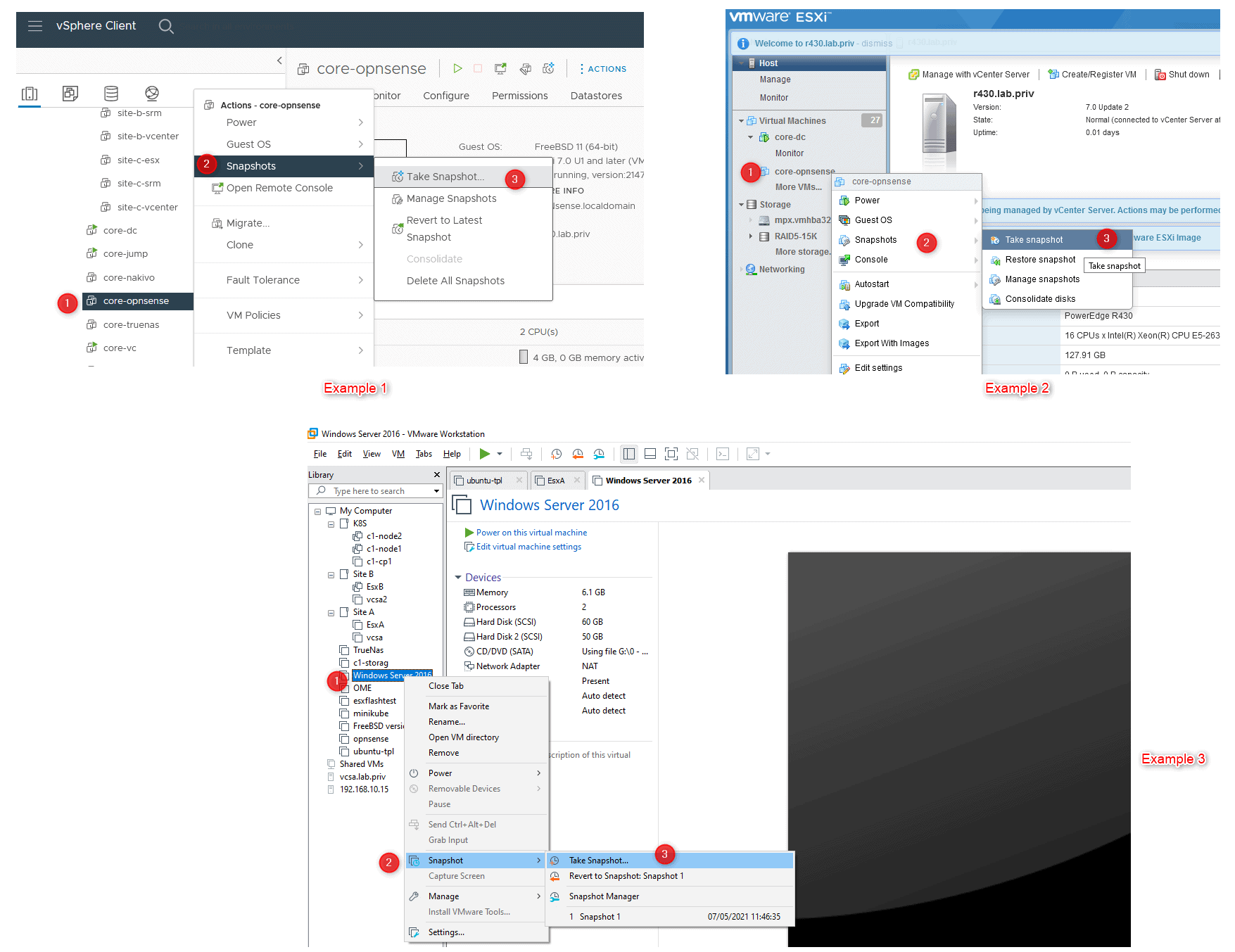 Figure 3 – You just created a snapshot of a virtual machine

The fourth and last example illustrates how PowerCLI is used to create VMware snapshots of a VM managed by vCSA 7.0. I’ve included two possible ways you can use to snapshot a VM. In the first example, I simply retrieve a VM using the Get-VM which I then go on to pipe into the New-Snapshot cmdlet. In the second example, I’ve used the New-Snapshot cmdlet on its own where you specify the VM you wish to snapshot via the -VM parameter. In both examples, the -Name parameters assigns a name to the snapshot taken.

How to exclude disks from a snapshot

There might be instances where you do not want particular VM disks to be affected by VMware snapshots. To achieve this, change a VM’s hard disk Disk Mode to Independent – Persistent or Independent – Nonpersistent from the VM’s settings. The two options differ slightly as per VMware’s explanation: 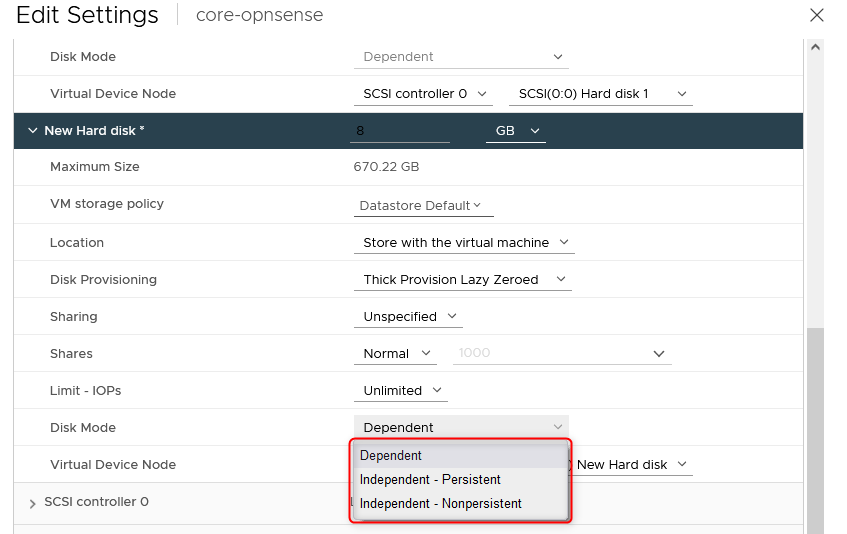 How to revert to a snapshot

When you perform a VMware revert to snapshot, you either select the Revert to Latest Snapshot option. If a VM has multiple snapshots, just highlight the snapshot you want to revert to from the snapshot hierarchy displayed in Snapshot Manager and hit the Revert To icon as shown in Fig. 6.

Whenever you do a VMware revert to snapshot VMware will warn you that the current state of the VM will be lost unless you take a snapshot as shown in Fig. 7.

If the memory option was selected when the snapshot was taken, you are then presented with the option to suspend the VM while it is being reverted. If you do select the option, you must then “unpause” the VM manually by powering it back up.

Figure 8 – Suspending the VM while reverting back from snapshot

How to delete snapshots

You can delete a single VMware snapshot or any existing snapshots all at one go. Deleting snapshots is an I/O expensive process and may affect performance. When a snapshot is deleted, the current state of a VM remains unchanged. However, all the changes accumulated to date are then copied from the delta disks and written to the base disk in a process called Consolidation. Following this, the consolidation process takes care to remove all the redundant files associated with the snapshot just deleted.

If the consolidation process fails, you can initiate the process manually from the Snapshots menu by selecting the Consolidate option. It’s important that consolidation is carried out successfully since the redundant delta disks (see next section) can adversely affect performance. 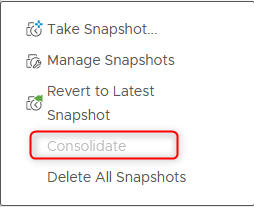 For further details, refer to the How to consolidate snapshots in vSphere 5.x/6.x KB article.

Snapshots from a file perspective

VMware snapshot consists of a number of files you can view in the Datastore Browser after navigating to a VM’s folder for which snapshots have been taken.

A snapshot consists of the following files:

Figure 11 – Some files are only visible when consoled to ESXi

You can refer to the post titled The Anatomy of a VMware Virtual Machine for further details.

As mentioned, a VMware snapshot preserves the disk and/or VM state at a specific point in time by creating a series of delta disks for each attached virtual disk or virtual RDM. Optionally, the memory and power state are preserved by creating a memory file.

Each VMware snapshot creates an additional delta file. When you take a snapshot, the snapshot mechanism prevents the guest operating system from writing to the base .vmdk file and instead directs all writes to the delta disk file. The delta disk represents the difference between the current state of the virtual disk and the state that existed at the time that you took the previous snapshot. If more than one snapshot exists, delta disks can represent the difference between each snapshot. Delta disk files can expand quickly and become as large as the entire virtual disk if the guest operating system writes to every block of the virtual disk.

Further details can be found in the following links:

There are a number of limitations you need to be aware of. A few, such as those related to how snapshots interact with vMotion, need to be properly addressed if you’re still using older versions of vSphere.

Legacy pre-vSphere 6.0 environments had caveats with regards to Migrating virtual machines with snapshots. A common issue was one where you’d put a host in maintenance mode and wait for the VMs to migrate off of it automatically, only to find the process stuck because one or more VMs had VMware snapshots. However, you should absolutely no longer be running vSphere 5.x which has been obsolete for a long time now.

Here are a few KB articles that cover some most common issues you’ll likely to cross paths with when working with VMware snapshots.

VMware snapshots can save the day if used properly but are definitely no substitute for proper backups, which is a common misconception among folks who are new in the infrastructure space. You should also make it a point to follow VMware snapshot best practices together with VMware’s recommendations when using snapshots in your environment.

Does VMware clone include snapshots?

No. During a full virtual machine clone operation, the disk chains are consolidated, so there is only one output virtual disk and the snapshots are not cloned.

How do I move a snapshot in VMware?

Snapshots are safe as long as you follow the vmware snapshot best practices.

A chain of several snapshots could incurr an impact on the VM performances.

What are the snapshot files in VMware?

The snapshot files include: - delata disk file: A .vmdk file to which the guest operating system can write the changes. - flat file: contains the data of the base disk. - database file: vmware snapshot information (metadata). - memory file: contains the active state of the VM.

27 thoughts on "Learn how and when to use vSphere Snapshots"