This post is going to cover some of the requirements that need to be met to install ESXi 6.5. We’ll discuss BIOS setup and host requirements, along with other things you have to think about. If you’ve worked with other virtualization platforms, the BIOS setup is very similar but often times can confuse people when they first try to deploy VMware for the first time.

First, before you begin, remember that it’s not just BIOS settings. You need to make sure your host meets the requirements outlined below. Just because ESXi installs on your host, does not mean it’s on supported hardware. For instance, my home lab hardware happily runs ESXi, but it’s not supported in any way shape or form.

ESXi 6.5 also supports UEFI BIOS. With UEFI, you can boot systems from hard drives, CD-ROM drives, or USB media. Changing the boot type from legacy BIOS to UEFI after you install ESXi 6.5 might cause the host to fail to boot.

Now that we have the prerequisites out of the way and you have the ESXi ISO image downloaded, I would recommend a tool called Rufus to make a bootable USB stick from the ISO. It’s a simple process and no need to burn a CD! Do people even still use those anymore?! 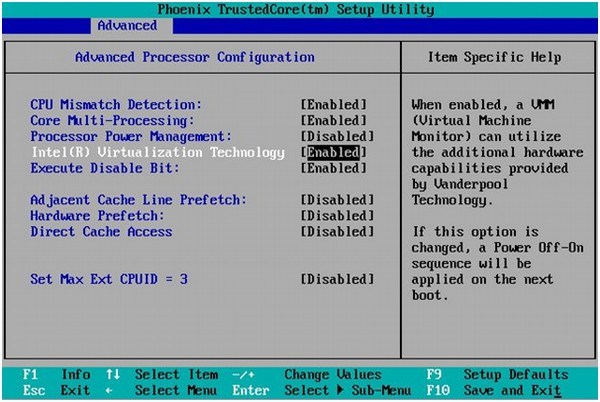 If the BIOS is not set up properly, the errors outlined below can show up in several different ways. You’ll typically get these errors when you try to vMotion from an existing host that is configured properly or when powering on a newly created virtual machine on a new host.

Some motherboards do not have VT-d turned on by default, so it’s as simple as going into the BIOS and enabling the option. Also, note that on some systems a complete power-off and power-on is needed to enable the feature after switching it on in the BIOS. On some systems, a simple reboot is not enough.

Now that we have covered some of the biggest install gotchas, hopefully, you have a smooth install. ESXi is one of the easiest things to install. If you have the requirements met, the install is the easy part!

How about you? Do you have additional things that you check when you do an ESXi installation? Be sure to let us know in the comments section below!