Of Storage, Protocols and Datastores – Part 1

The various files making up a virtual machine can be found residing in folders under what is known as a Datastore.  Simply put, a datastore is just a logical container that abstracts the physical storage layer from the user and the virtual machine itself.

In part 1 of this series, we’ll have a look at the types of physical storage available out there, some storage protocols and the 4 types of datastores available for use within your VMware environments. In the second part of the series, I’ll show you how to create NFS and iSCSI shares on a Windows 2012 Server and how to mount them as datastores on an ESXi host.

There are two main types of storage you’ll be dealing with when working with VMware; these are local storage and networked storage.

Local storage refers to any type of storage device which is directly attached (local) to an ESXi host such as an internal SCSI or SSD drive. Alternatively, protocols such as SATA or SAS enable you to access an external storage system that is directly connected to an ESXi host. 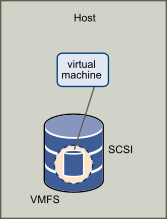 Networked storage on the other hand refers to any remote storage repository which is typically reachable over a high-speed network. The two main contenders for networked storage are NAS (Networked Attached Storage) and SAN (Storage Area Network). Even though the difference between the two has become somewhat blurred, some fundamental differences remain including the way data are written to and read from disk as well as the method used to move data across a network. In a nutshell NAS is used for file-level operations while SAN works on a block-level basis. Here you’ll find listed the differences between the two. Networked storage is important of course because it allows you to do clustering, which is the one feature that gives you goodies such as HA, DRS and Fault Tolerance. 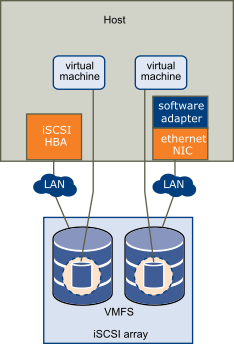 A VMFS Datastore created on an iSCSI array (Source: VMware)

NAS operates at the file-level using protocols such as NFS and CIFS. In a VMware context, we are only interested in NFS (Network File System) since this is the only file-level protocol that is supported. NFS was developed by Sun Microsystem way back in 1984 to allow computers to access files over a network. What’s more, NFS is a distributed file system, meaning, resources can be accessed concurrently by multiple systems and presented to the user as if they were local. Currently VMware supports NFS versions 3 and 4.1. The following table briefly outlines the differences between the two versions.

SAN on the other hand generally involves a more complex setup where one or more protocols can be used. The more common protocols include iSCSI (Internet Small Computer Systems Interface) and FCP (Fiber Channel Protocol) with the latter generally found only in enterprise setups due to the cost involved and implementation complexity. In both cases, a dedicated network is required more so where Fiber Channel (FC) is used.

ESXi hosts participating in an FC network come equipped with HBA (Host Bus Adapters) cards allowing them to be “plugged-in” in the underlying f/o fabric. Note that FC can also run over copper which requires FCoE converged network adapters and twin axial cabling since standard UTP cabling is not supported.

The storage protocol most commonly used to access resources on networked storage is iSCSI where SCSI commands are sent over an IP network. Since iSCSI is an IP protocol, you can use run of the mill Ethernet cards to connect ESXi host to an iSCSI network. That said, specialized iSCSI HBAs with embedded TCP/IP offload capabilities are available if you have cash to spend. These cards are recommended for maximum performance but if you’re tied down by budget constraints and performance is not that much of an issue, any decent Gigabit Ethernet card (avoid like the plague unknown brands and entry-level adapters) and a dedicated network should suffice.

The basic terminology you need to know when setting up and using iSCSI is as follows; 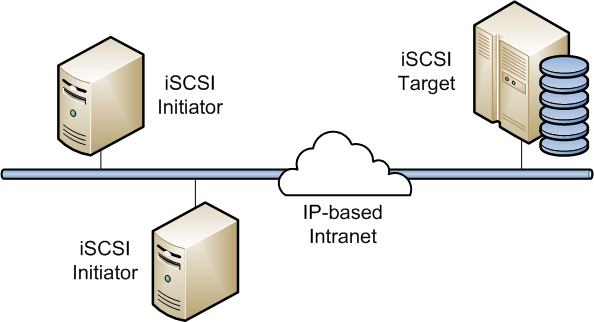 VMware developed its own distributed file system called VMware Virtual Machine File System or VMFS for short. I won’t be discussing the technical aspects of VMFS but you can read on some of the basics here.

What you need to know is that VMFS is used whenever a datastore is created on local or SAN based storage. You can verify this by either using the vSphere client or by typing df -h in an ssh session when connected to an ESXi host as shown in the following screenshot. The items boxed in green show four VMFS-5 datastores, 3 of which reside on iSCSI storage and one on a drive local to the ESXi host.

At the time of writing there are three flavours of VMFS, these being versions 3, 4 and 5. The following lists the main features of VMFS v5.

We now turn our attention to the types of datastore available;

So far we’ve covered the following;

Finally, the diagram below that I put together summarizes the essential information presented thus far. I also included a couple of vSphere Web client screen snippets to illustrate how the various datastores are shown in vSphere client. 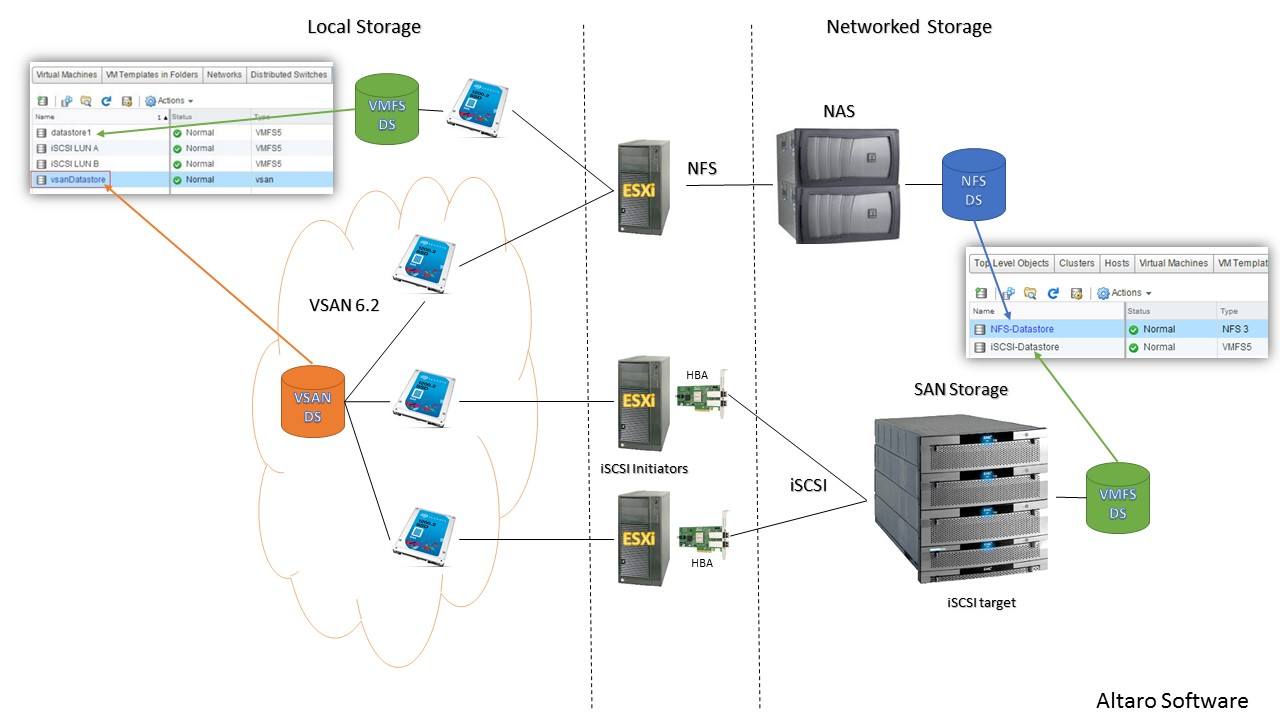 In the second part of the series, I’ll show you how to create NFS shares and iSCSI luns on a Windows 2012 server as well as how to mount them on an ESXi host as datastores. Make sure to tune in next week for Part 2.