VMware Update Manager Download Service is a product that acts as a patch repository for the hosts in your infrastructure. It is comparable to WSUS in the sense that it downloads the patches from the internet, which can, in turn, be leveraged by VMware Lifecycle Manager on the compatible vCenter systems in your environment.

It is particularly useful in highly secure environments that, quite rightly, block internet access for the infrastructure components. UMDS can be configured with a network interface with proxy access to the internet to download the patches and a network interface that is accessible by the vCenter servers on port 80 and/or 443. 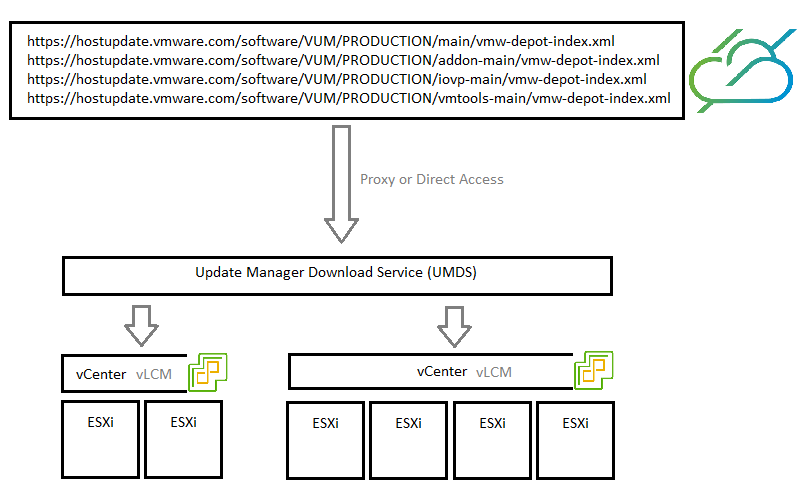 Just like for WSUS, another benefit of using UMDS is that you only download the patches from the internet once instead of doing it on each vCenter. Which will be interesting in large environments or if you have bandwidth limitations.

It is important to note that UMDS supports patch recalls like the one that happened with vSphere 7.0 Update 2. Meaning if your system downloaded and exported a patch that is later recalled, it will be removed from UMDS the next time it runs.

Considerations should be given prior to getting started with Update Manager Download Service.

Also, if you want to use the FQDN of the server instead of the IP address to connect vLCM, make sure that there is a DNS record in your environment.

While you don’t need particularly large disks to run UMDS, you will still need some amount of storage to store all the patches that you download. How much will depend on the number of vSphere versions you want to cover.

VMware provided a sizing estimator tool up until vSphere 6.7 Update 3 which I couldn’t find an updated version for in version 7.0. However, it will still give you a ballpark idea of how much space to allocate to your Linux server even though vSphere 7.0 is not on the list.

As an example, the server in my lab downloaded 3.6GB of data for vSphere 7.0.x. 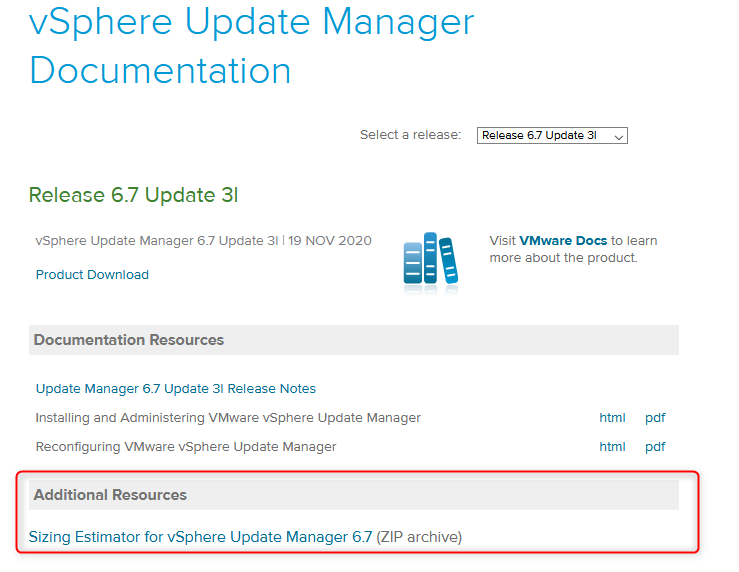 Update Manager Download Service used to be available both on Windows and Linux platforms up until version 6.7 Update 3. Starting UMDS 7.0, only 64-bits linux OSes are supported. You will need to make sure that you pick a Linux distribution and version from the list of supported Operating Systems by VMware.

In this blog we are running Ubuntu 20.04 LTS so your mileage may vary when it comes to Linux commands.

Note that UMDS 7.0 works with both images and baselines. Meaning UMDS will download updates as well as components.

The bundle for VMware’s Update Manager Download Service is embedded in the vCenter appliance ISO. Once again, make sure to retrieve the UMDS bundle from the vCenter ISO of the same version as the vCenter that will connect to it.

Note that if SSH is not available on this server, you can connect the vCenter ISO to the VM and extract it from there. 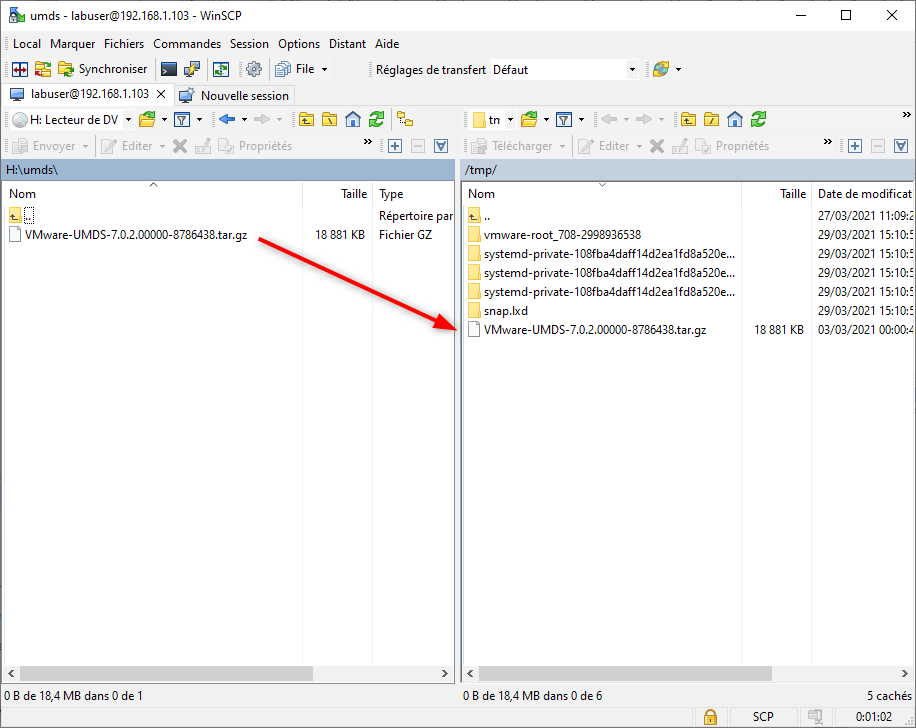 All interactions with UMDS are done through /usr/local/vmware-umds/bin/vmware-umds. In the next few steps, I elevated my session to avoid permission warnings. You can find more about how to use the command with the “–help” parameter. 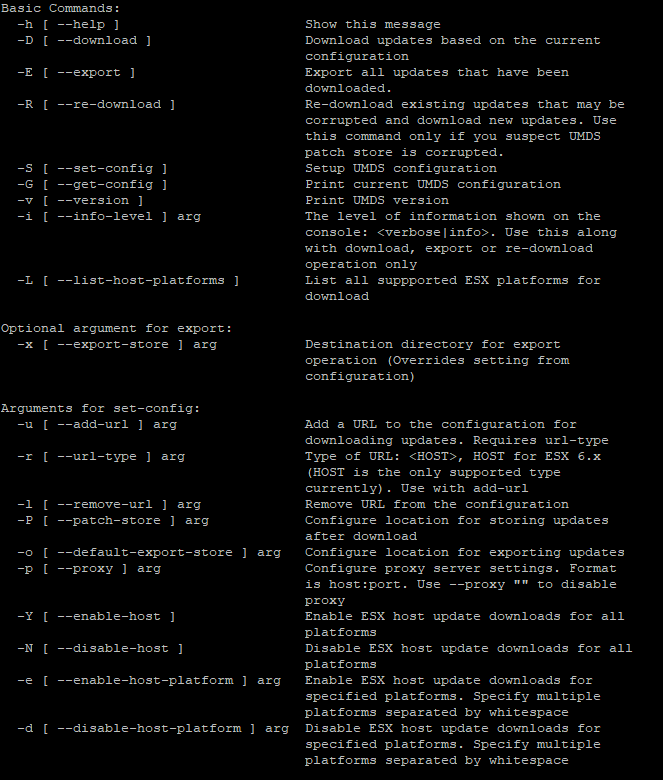 Installation of the Web Server

The web server is what allows vCenter to retrieve the patches from the UMDS server. As mentioned previously, you could do without it, in which case UMDS becomes less relevant. 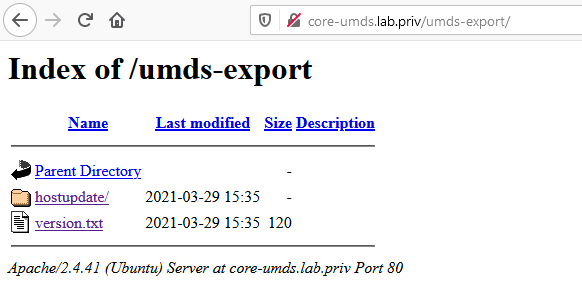 So far, we have installed and configured UMDS with a web server, downloaded the patches and exported them to the webserver. We now need to configure vSphere Lifecycle Manager to use it as a download source for the patches. 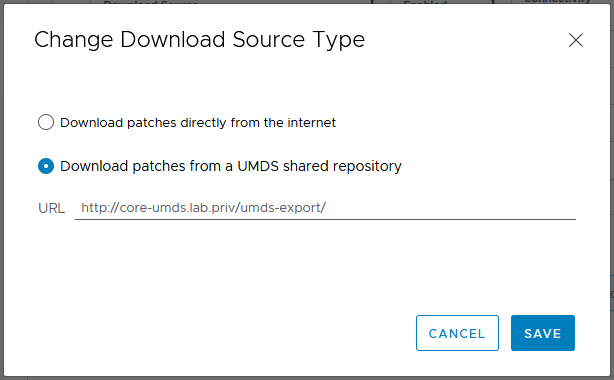 What to do next

You are now ready to pull the vSphere patches from UMDS 7.0 in your secure environment. In the current state you will have to manually trigger the UMDS download and export tasks. It is recommended to create a cron job to automate these 2 actions in a weekly fashion for instance.

Maintaining an up-to-date vSphere environment should be taken seriously. It is critical to ensure that all the latest security patches are installed and reduce the attack footprint on your servers.