I had previously covered how to deploy ESXi 6.0 in an article titled How to install ESXi 6.0 on bare-metal servers. To be honest, very little has changed since then, at least not in terms of deploying this latest ESXi 6.5 hypervisor from VMware. So for today, I will limit myself to outlining the deployment procedure making reference to the points listed in Figure 1, something I put together for this post as a quick ESXi deployment reference of sorts.

I’ll finish off this post with a video that takes you through the process of installing ESXi. The video shows how to deploy ESXi to a VM which incidentally reminded me to share the latest features related to nested ESXi. As per William Lam’s article these include Paravirtual SCSI Support, GuestOS customization, pre-vSphere 6.5 enabling on vSphere 6.0 U2 and NVMe support. 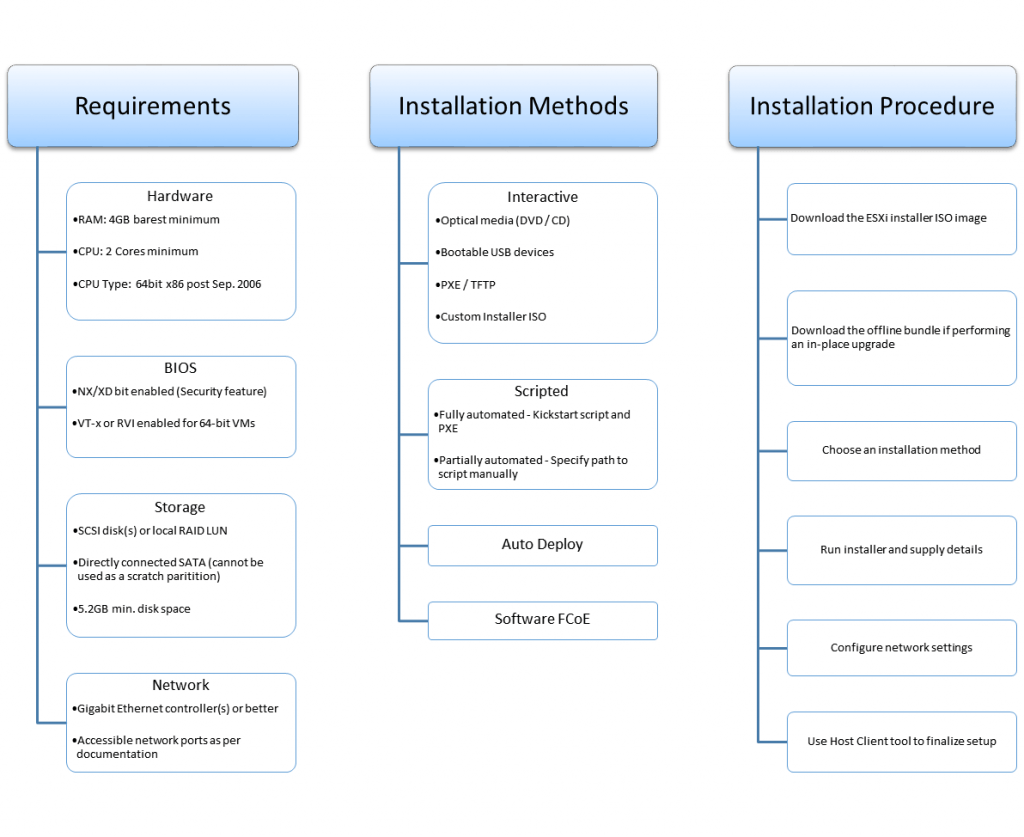 The requirements are exactly the same as those for ESXi 6.0. So as mentioned, nothing has changed on that front.

Note that the actual hardware requirements are of course primarily dependent on the number and type of VMs the ESXi host will be running. 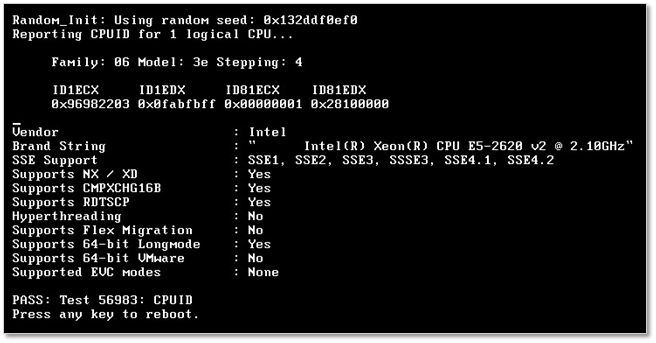 The installation methods remain pretty much identical as well.

Typically, you’ll first install ESXi manually before moving on to more complex deployment methods. These latter methods are generally used in enterprise environments more than anywhere else due to the size and complexity of the infrastructure used.

The procedure that follows outlines an interactive ESXi installation on a bare metal server. By interactive I mean one where the details asked for by the installer are entered manually by the user as the installation progresses. The steps are as follows; 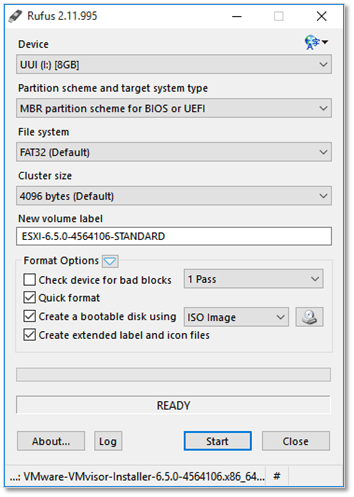 At this point you should be able to access the newly provisioned ESXi host via SSH or the VMware Host Client. 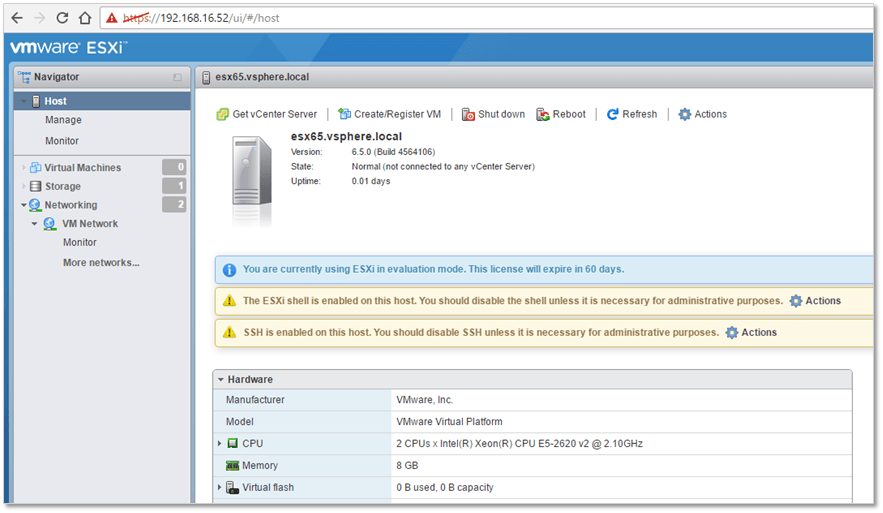 And to conclude, here’s a video outlining the installation process and basic setup.

That’s all there is to installing ESXi 6.5. I hope you found this post useful and as always feel free to drop me a line in the comments box down below. For more interesting VMware posts, have a look at The complete list of VMware posts.