How to deal with orphaned virtual machines

From time to time, you may come across a virtual machine that is marked as orphaned in the vSphere inventory. What this means, in general, is that the VM exists as data in the vCenter server database but has either been deleted or is wrongly registered elsewhere. A number of factors can lead to this unwanted scenario. These include a failed host failover or a DRS migration gone wrong. It could also be the case of someone removing a VM from inventory when connected directly to ESXi instead of vCenter Server.

Another common cause is when vCenter server – or its database – is restored from a backup or a snapshot. In my case, this latter scenario is what prompted me to write this post. I recently had to revert a vCenter Server back to a snapshot after the VC database decided to call it a day. A few of the VMs deleted after the snapshot was first taken, found their way back in the inventory albeit marked as orphaned. Removing them, turned out to be an impossible task were it not for my trusty old friend PowerCLI

There are a number of ways to deal with orphaned VMs some of which I’ll be covering today where I’ll be targeting vSphere 6.5 and using the vSphere Web client throughout the post.

The first remedial action you should take is as follows.

Step 1 – SSH to the ESXi host where the orphaned VM resides and run the following:

This commands restarts all the host management services. Repeat this for every ESXi hosting orphaned VMs. The same can be carried out from DCUI by selecting Restart Management Agents from Troubleshooting Options as per Fig. 1. 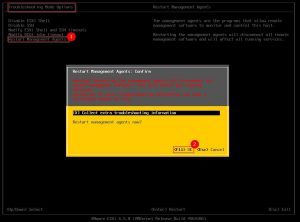 Figure 1 – Restarting the ESXi management agents from the DCUI

Step 2 – Restart the vpxd service (vCenter Server service) on vCenter Server. The method used varies according to the vSphere release at hand and whether you have vCenter Server for Windows deployed or vCenter Server Appliance. Regardless, here are the relevant KB articles:

An orphaned virtual machine will have the string (orphaned) appended to its name like so. 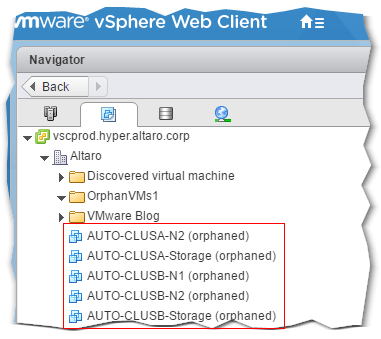 If you’re pretty sure that an orphaned VM still exists on disk, then it’s just a matter of locating the parent datastore and folder and use its VMX file to properly add it back to inventory.

The following procedure will enable you to register an orphaned VM back to inventory.

Step 1 – Locate the VM folder on the respective datastore. If the VM has multiple hard drives spread across different datastores, chances are that the VMX file is to be found at the location set for Hard Disk 1 as shown in Fig. 3. 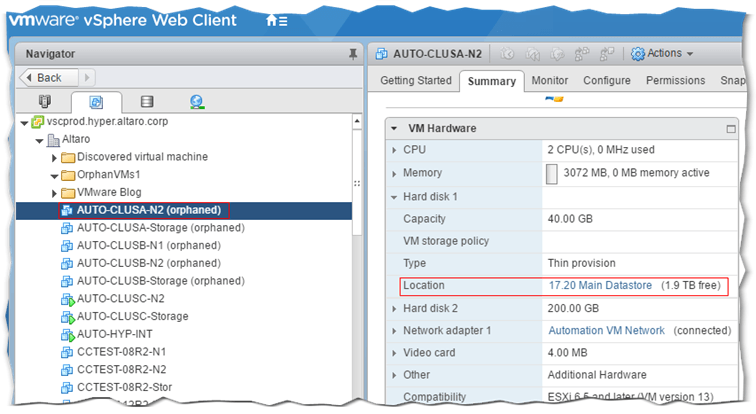 Step 2 – Click on the datastore link. This launches the browser view which exposes the VM folder hierarchy for the specific datastore. 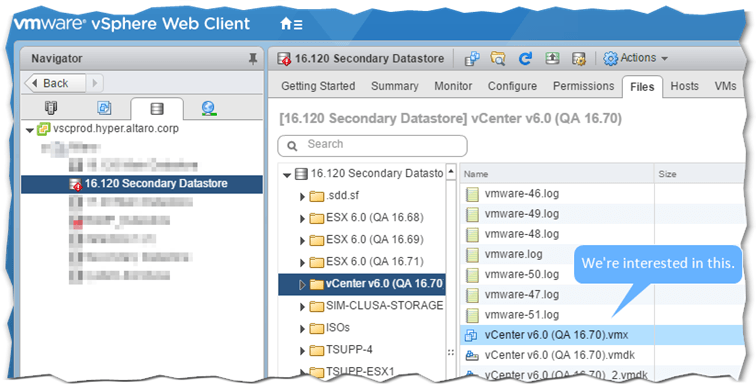 Now, you might not be able to find the folder for the orphaned VM simply because the VM was renamed and the name change was not reflected in the folder name. I tackle how to solve this issue in my Fixing VM folder naming discrepancies post.

Note: It could also be the case that a VM exists as files on a datastore but is not registered anywhere. Although technically not an orphaned VM, it is important to keep this scenario in mind when troubleshooting. I’ve written a post on the subject that explores a PowerCLI script that should fix things for you.

Figure 5 – Registering and removing a VM from inventory

Additionally, you can use the ESXi command line to achieve the same result as follows:

Figure 6 shows an established SSH session on an ESXi host. You will find all the datastores under the /vmfs/volumes directory. In this example, I’m interesting in registering a VM called loginsight as per the commands captured in the screenshot.

The vim-cmd throws an error if it finds that the VM is already registered. This was my case since the VM was correctly registered on ESXi but not on vCenter Server. Just to demonstrate command usage, I first removed the VM from inventory while connected to ESXi using the vSphere client.

After running the vim-cmd a second time, the VM registered and showed up properly in vCenter Server. 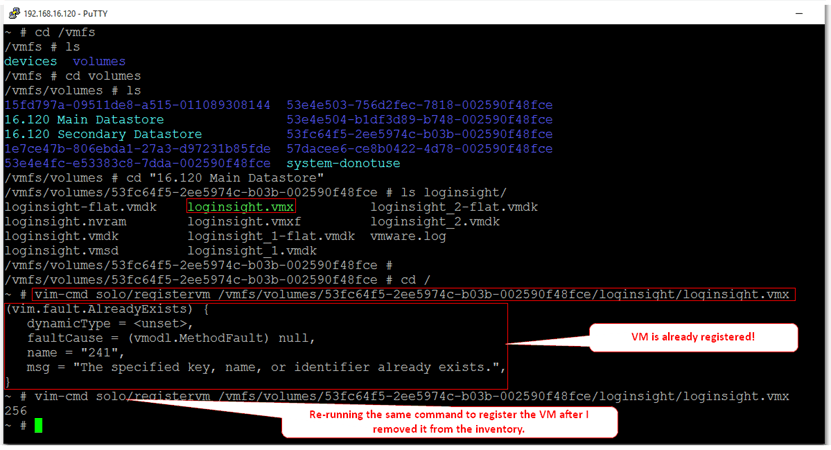 Going back to my primary issue, as mentioned, I came across an instance where I could not remove a number of orphaned VMS from the inventory after having reverted vCenter Server from a snapshot. I was 100% sure that the VMs no longer existed as files on any of the mounted datastores, meaning that I could just go ahead and delete them. The problem turned out to be one where the VM context menu offered no options to this effect.

This KB article suggests that one should create a VM folder and drag the offending VMs to it in vSphere Web client. Deleting the folder should supposedly delete the VMs as well. The problem with this, however, is that yet again all the VM menu options were either ghosted out or not available at all. Not really a good start! So, what to do?

While playing around with PowerCLI, I came across the ExtensionData.Runtime.ConnectionState property when querying one of the orphaned VMs. In the case of orphaned VMs, the value for this is set to, wait for it, orphaned. This, for a starter, allows you to easily list all the orphaned VMs in your environment. Here’s one way of doing it.

On the command line, if you wish, you can also type this as a one-liner:

Figure 8 shows the result of the executed code.

A minor modification to the code will allow you to delete all the offending VMs in one go. To do this, we use the Remove-VM cmdlet. We just need to change the behavior of the If statement like so:

To suppress prompting, just add -Confirm:$false to the Remove-VM cmdlet. 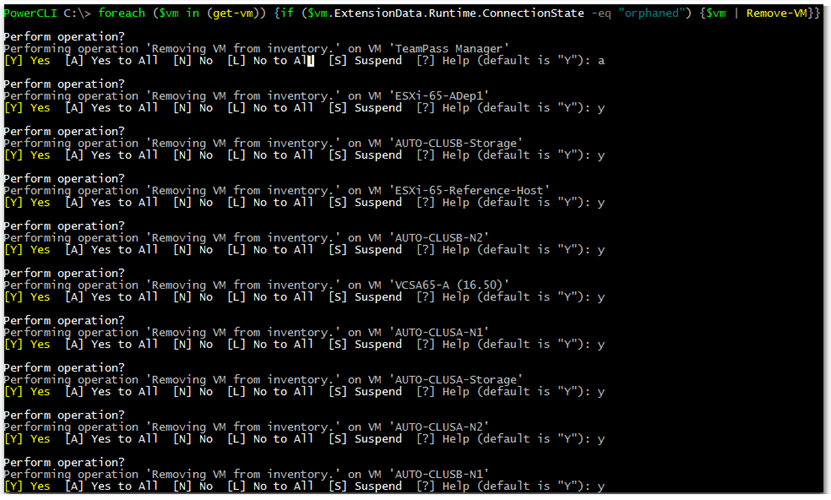 If you have any questions or would like me to add anything, by all means leave me a comment below.

22 thoughts on "How to deal with orphaned virtual machines"