In this post, I covered how to rename a VM folder such that it matches that given to the VM which makes it easier to find the VM’s folder (or vice-versa) in datastore browser. As I had explained then, the issue is easily fixed by storage vMotioning the VM, a fact we can easily leverage using PowerCLI. This is particularly useful when you have a considerable number of mismatches to fix. I also hinted at the possibility of writing another PowerCLI script this time one that finds and fixes what are known as orphaned virtual machines. In short, an orphaned VM is one that has still exists in the vCenter Server database but is no longer recognized by the ESXi host where it was hosted.

Without further ado, let’s dive in today’s post which explores a PowerCLI based solution to this problem.

The script I have in mind is loosely based on the following pseudo-code.

Figure 1 – The displayName property as listed in a vmx file 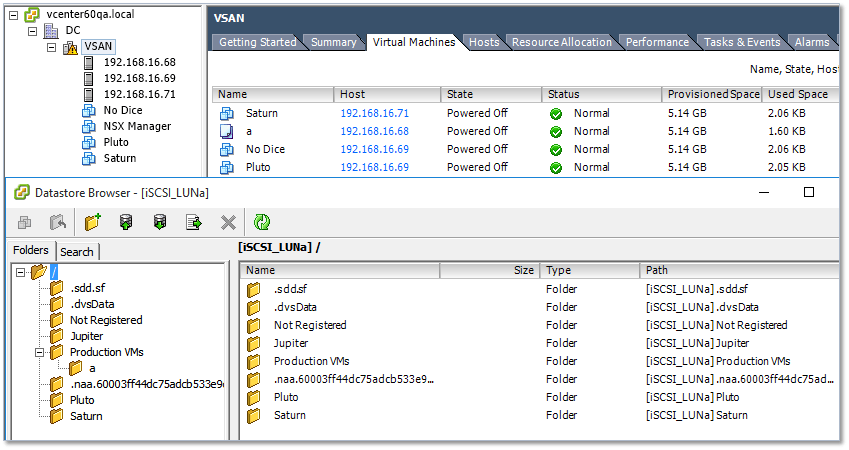 Figure 3 shows a snippet of the finalized script’s output when it is run against the test environment. The color legend is as follows;

The information displayed under each column represent the following;

There probably are other test cases I might have missed, so if you’re testing this against larger environments give me a shout if you find any. Also note that VMs residing under nested folders will be marked as having a mismatched folder name even though the VM name matches.

Figure 4 shows the generated output file. Though comma delimited, technically it is not a csv file but it can, regardless, be read with Excel or similar for filtering and what not.

The first block of the script is reserved for variable declaration. The only part that needs some explaining is the following. It’s really more of a PowerShell thing but worth mentioning nevertheless.

When write-host is used to re-direct a script’s output to screen, the -f parameter provides for a better screen layout. Here’s a simple example to demonstrate what I mean.

Each pair of values enclosed in the curly brackets, represents a column number and the corresponding column width. The ‘-‘ character is used to left justify the output. Any values you want outputted to screen, must be put right after the -f parameter. Make sure that you have as many values as there are columns otherwise the cmdlet will throw an error.

The first 2 lines of the code snippet shown next are used to retrieve details about the datastore specified by $DSName via a View object. The 3rd line, while seemingly redundant, is required to ensure that the datastore name returned is correct since it is case-sensitive when used with the Copy-DatastoreItem cmdlet.

The next block of code instantiates an object of type HostDatastoreBrowserSearchSpec. We use the method or task SearchDatastoreSubFolders to perform a search on the datastore starting from its root. The complete list of folders and files contained therein is represented by $searchRes.

Dumping the contents of $searchRes to screen gives you something similar to Figure 6. You can see the path to every folder found on the datastore and its content (yet more objects) listed under the File column. Since this is basically an array of objects, we can list the files under each folder simply by invoking $searches[n].files as shown in the bottom part of Fig. 6 where n corresponds to the nth object in the array.

The loop block consists of a foreach loop which inspects each object stored in $searchRes. The first few lines are reserved to variable declarations and some string manipulation. In particular, the next line of code is used to split the VM’s folder path so we can extract the VM folder name which we can use to compare values.

This one, on the other hand, returns the path of the vmx file, if one exists.

An if-then statement verifies that a vmx file has indeed been found. If true, the vmx file is copied over to a local folder specified by $VMXFolder using the Copy-DataStoreItem cmdlet. This can be a painfully slow process especially if you have a significant number of VMs. Also, as the data channel is encrypted, extra baggage slows down the file-copy process. I have not found a better way to extract the displayname value from the vmx file which is why I copy vmx files over to a local folder.

Once the vmx file is transferred, it is read and parsed to extract the displayName value which is saved in $owningVM. This value corresponds to the VM name listed in vSphere client irrespective of the folder name on the datastore. Using these two pieces of information, we can map a folder name to a VM and determine if the VM is registered in the inventory or not. This is accomplished as follows;

The rest of the code in the loop block takes care of formatting and displaying the output to screen as well as writing it to file using Out-File. Here’s one nifty trick you can use to neatly display values that exceeds the column width;

In the above example, the string is truncated down to the first 27 characters which are then joined together using the -join operator with no defined separator. Remember that a string is essentially an object (in most languages) i.e. an array of characters. We append “…” as padding so it fits the column nicely as can be seen in Figure 7.

And here’s a video of the script in action …

So there you have it, one more compelling reason why you should learn PowerCLI. The script as it is, simply reports back on what it finds and does not take any remedial action. You can however easily adapt it to prompt users to add a VM back to the inventory and delete redundant folders.

Admittedly, there are probably shorter and smarter ways to achieve the same result however the whole idea, well most of it,  is to come up with examples that emphasize the versatility and flexibility provided by both PowerShell or PowerCLI, something I hopefully achieved through this script.

For further posts on PowerCLI, have a look at the complete list of articles you’ll find on this blog.

3 thoughts on "How to find orphaned vSphere VMs using PowerCLI"