We received a number of questions during and after the webinar and we’ve asked Aidan to provide the answers. Thank you to those who sent them in! If you have any questions on vNext which we didn’t tackle below just leave a comment!

Mattias: Is vNext able to move VMs between different domains in Hyper-V environments?

Aidan: I cannot comment about that in vNext, but right now, you can export machines and import them into a different domain. If you’re talking about a company merger scenario, then you can use Hyper-V Replica to get a VM’s files into another location/company, and then perform a planned failover. This “stretch Quick Migration” will have a minimal amount of downtime.

Ed: What kind of training is available to become a Hyper-V expert? Is there anything specific to clustering?

Aidan: Microsoft runs the Virtual Academy where you can find lots of material. Blogs such as the one by Altaro, myself, Didier Van Hoye, Hans Vredevoort, Thomas Maurer, and Microsoft offer lots of material. And there are lots of books out there. A book that myself and some friends wrote on Windows Server 2012 is still valid for WS2012 R2.

Jason: Do we have to shut down the VMs to upgrade them to binary configuration format?

Aidan: I haven’t tried it yet – I’m waiting for the May technical preview release before rebuilding my lab. I suspect you will. And remember that you’ll also need to upgrade the integration components in the guest OS so you can probably combine these operations.

Jon: Do you see Hyper-V vNext as closing the gap with VMware in terms of guest/host and other features/capabilities?

Aidan: No, not at all; I see it as Microsoft extending the gap and leaving VMware further behind. Microsoft’s entire hybrid cloud package is unrivaled.

James: Will storage QoS apply on single host Hyper-V setups as a way to limit each VM to only use so much of the hosts IOPS?

Aidan: We talked about Distributed QoS which is a feature implemented on Scale-Out File Servers and enforced on hosts. Right now with WS2012 R2, you can implement per-VHD/X QoS on a single host to cap the IOPS of individual virtual disks.

David: Are there any changes on parity support with tiers in storage spaces?

Aidan: Nothing has been announced and I doubt it will be. Parity is designed purely for archive workloads. And just like with RAID, we should not store VMs on parity LUNs.

George: How can we isolate an SMB 3.0 based CSV access in the same fashion of iSCSI connections to specific Hyper-V hosts?

Aidan: See SMB Constraints. This allows you to create rules to force SMB 3.0 traffic to a specific location to go through a specific NIC. First, though, you must architect your host networking to ensure that SMB Multichannel will even select the NIC that you think should be used.

Florian: When do you expect the next preview version?

Aidan: Microsoft has announced that the next preview will be released in May. Microsoft Ignite also starts on the first Monday in May!

Alex: In the Hyper-V Cluster upgrade scenario, if a workload has been migrated to vNext, as long as the cluster is in mixed-mode is the workload capable of falling back to 2012 R2 nodes?

Aidan: Yes. This took a lot of engineering by the clustering group to get this working. The cluster remains in a “WS2012 R2 functional level” until you have (a) rebuild every host to vNext and (b) upgraded the cluster version. You can live migrate and failover between the hosts running WS2012 R2 and vNext.

Phil: Is SMB3 better than iSCSI?

Aidan: SMB 3.x is the storage protocol of today and the future, and iSCSI is the protocol of the past. SMB 3.0 is used not just for storage, but it’s being used for Live Migration (10 Gbps or faster NICs) and redirected IO, and we’re seeing it being used in vNext for storage replication. It is designed for converged networks designs, making it more affordable to deploy higher speed networking (and also hardware requirements for bigger environments). And SMB 3.0 leverages software-defined storage, which is cheaper, easier to deploy, and easier to automate. And yes, the performance is amazing if you select the right hardware (and I don’t mean price; I mean reliable).

Zoel: Not directly related to content today but has there been any news about updates to System Center, specifically VMM?

Aidan: Not at this point. All we really know is that System Center vNext will come out with Windows Server vNext in 2016. And if you check out the session catalog for Microsoft Ignite, you’ll find plenty of System Center sessions.

Aidan: The mantra of the Exchange product group is that if you want DR for Exchange then you implement it in Exchange using DAGs. Hyper-V Replica works great with things like SQL Server, both to other hosts/clusters and to Azure (Site Recovery services). But Exchange, in my opinion, is focused entirely on huge deployments and they seem to think that SMEs should be using Office 365.

Matt: Do you have any good links for videos/webinars explaining SOFS?

Aidan: I have written a lot about SOFS on my own site and on Petri.com. I also recorded an introductory video for my employers. You should be able to find more on Microsoft Channel 9, such as the content from various TechEd conferences.

Andrew: Do the SMB changes allow faster transfers between VM client and the host, for instance, or another physical server?

Aidan: There are probably minor performance enhancements in SMB 3.11. The Reality is that SMB 3.0 in WS2012 was already incredibly fast. I can push through data at nearly 20 Gbps on a pair of 10 GbE iWARP NICs with RDMA reducing latency and CPU overhead. WS2012 R2 takes that same technology and allows me to use it not just for storage, but also for Live Migration, with some bandwidth control too. So now my super-fast networking investment (switches, NICs, and cables) isn’t restricted just to storage, but is opened up to handle my cluster communications (SMB for redirected IO), storage, and Live Migration via the concepts of converged networking. And we already know that storage replication in vNext will also use SMB 3.x.

Barry: We have seen lots of issues with CSV backups.  These issues have taken down hosts.  Will the changes you have described make this issues less likely?  If we do a VM backup by using a DPM agent on the host will it still use the VSS?

Aidan: Microsoft has done a lot of work to get rid of the issues with VM backups in WS2012 R2 and vNext. WS2012 R2 started the move to file-based backups and DPM actually caught up with System Center 2012 R2 UR4. Moving to a Microsoft-owned change tracker should also alleviate lots of issues.
VSS has been the cause of many problems with CSV backup. This is why the role of VSS has been reduced for VM backup. However, if VSS is present in the guest OS it can be triggered for application consistent backups, for example, with the SQL VSS Writer. So we get scalable and more reliable storage level-backup with less VSS involvement, and still retain consistency within the guest OS where required.

What improvements do you see in vNext for the SMB channel – those without a cluster budget?

Aidan: Storage replication will open up a whole new world for those who think they cannot afford a cluster. And to be honest, Cluster-in-a-Box has already done that – I’ve sold many CiBs into customer sites that could never afford a SAN-based cluster.

Kevin: Where can I find more information concerning the new backup features?

Aidan: Microsoft program manager, Taylor Brown, presented a very nice session on this topic at TechEd Europe. You can watch this session on Channel 9.

Do you have any more vNext questions? Leave a comment below! 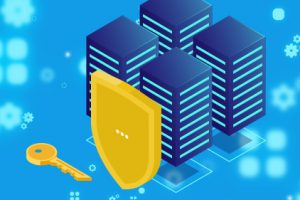 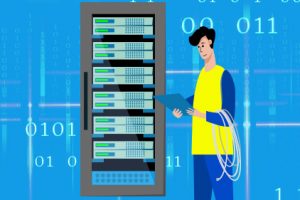