How to use the Invoke-VMScript PowerCLI cmdlet

In today’s post, I’ll be introducing a very useful PowerCLI cmdlet which should be a great asset to your troubleshooting and automation quests.

The Invoke-VMScript cmdlet is used to remotely execute commands and scripts in the guest OS running on a VM. The cmdlet can be used to target both Windows and Linux operating systems. This functionality comes in handy in those instances where network connectivity to a VM has been lost or when you need to automate tasks on one or more virtual machines.

I’ll jump straight in and show you the basic syntax just to get you started. The minimal syntax required is as follows.

The parameters to the cmdlet are mostly self-explanatory. Regardless, here’s an explanation for each:

There are a number of prerequisites that must be met for the cmdlet to work properly. In no particular order, let’s go through them.

In addition, different versions of vSphere must meet the following:

1) For vCenter Server and ESX(i) versions earlier than 5.0, you must:

2) For vCenter Server and ESX(i) versions earlier than 4.1, you must also: 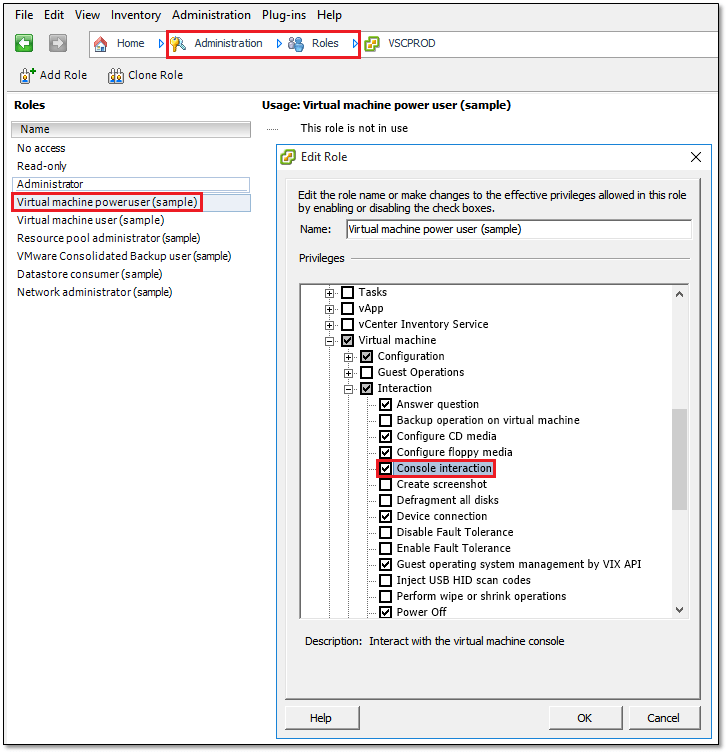 3) For vCenter Server and ESX(i) 4.1 and later, make sure the account used to connect to the ESX host has VirtualMachine.Interact.GuestControl privileges.

Say you want to remotely display the contents of the root directory on C: for a VM called Windows 7. By remotely, I mean running the PowerCLI cmdlet inside a console on computer A whilst targeting computer B. The procedure I would use would be something like this:

Open a PowerCLI window and run this code:

You can also target Linux based operating systems. In the next example, I’m displaying the contents of the tmp folder off a VM set up as a VCSA. Notice that the ScriptType parameter is now set to Bash to reflect the fact that we’re targeting a Linux guest OS.

Undoubtedly, these are very basic examples which serve little purpose other than to explore the cmdlet’s syntax and operation which is what I’ve tried to show here.

A more useful example is probably this one where netsh is used to set the IP settings for a newly deployed Windows virtual machine. In this case, I’d use something like this:

At this point, I must stress that on VMs running flavors of Windows, you will be limited in what you can execute by way of the User Account Control (UAC) settings. One example that comes to mind is one where slmgr.vbs is used to modify licensing on Windows. This method is often used to extend the evaluation period of a Windows operating system amongst other things.

In this example, we’ll pass the string ‘cscript c:\windows\system32\slmgr.vbs /rearm’ as the ScriptText parameter. Slmgr must be run using elevated privileges irrespective of it being run within an administrative context. Think of a UAC pop-up – Fig. 5 – that alerts you to a change about to occur. This happens irrespective of being logged in as an administrator or not. 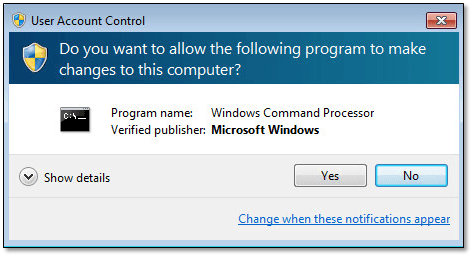 The problem with this is that there is no way, as far as I know, to interact with UAC when the Invoke-VMScript cmdlet is used, meaning that UAC has to be disabled if some invoked tasks are to complete successfully. Figure 6 shows how to disable UAC under Windows 7. 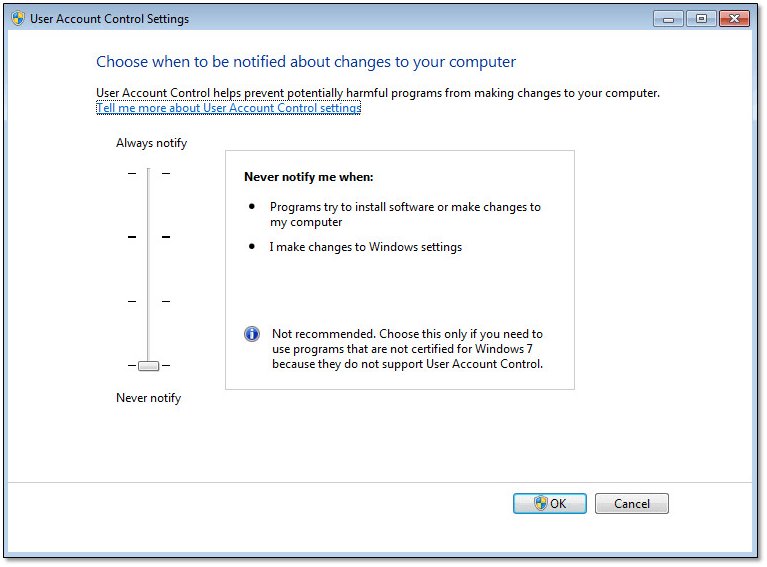 As per Fig.7, The slmgr /rearm command works great when UAC is disabled.

Another gotcha to be aware of, is the requirement to be interactively logged in the VM’s guest OS for this to work. Failing this, you will end up with an Access Denied error. I’m pretty sure there’s a workaround but to be honest I haven’t tried looking for one.

Returning to UAC, if it is set to anything other than that shown in Fig.6, the error seen in Figure 8 will be returned. As mentioned, the only workaround I know of is to completely disable UAC.  This compromise may be unacceptable to many out of security concerns and what have you, so you’ll need to get creative if this is the case. As always, experimentation and Google are your best friends!

Figure 8 – ‘Access Denied’ when executing a task that requires elevated privileges while UAC is enabled.

As we have seen, the Invoke-VMScript cmdlet has the potential to automate mundane tasks that would otherwise have to be carried out manually. The cmdlet is thus a valuable tool in anyone’s arsenal of tricks. The ability to remotely reboot a virtual machine when network connectivity to it is lost, for instance, is a great thing to have if you ask me!