The revolution is here

Server hardware, virtualization technologies, and modern data center infrastructure are transforming. As a result, modern-day applications are no longer the conventional three-tier applications. Instead, they are highly distributed and contain many containerized microservices. The shift to modern, containerized applications has created new and unique infrastructure challenges in the data center. Next-generation architecture with SmartNICs is helping to solve the challenges of next-generation applications. In addition, VMware’s Project Monterey, which was announced during VMworld 2020, is poised to help companies take advantage of the new SmartNIC architecture and disaggregated infrastructure.

The Challenges of Hybrid Infrastructure and Modern Applications

The traditional approach to server infrastructure with the central processing unit (CPU) provides a core processing “brain,” controlling all the server’s processing capabilities and allowing it to be used for a variety of use cases. These use cases include general-purpose servers, network or security appliances, storage appliances, etc.

The traditional server was also built for monolithic workloads, not distributed applications or workloads. So, no matter the workload on a general-purpose server, the capabilities, architecture, scaling, and other characteristics remain the same.

Modern applications present new and unique challenges to organizations designing and using traditional infrastructure. For example, modern distributed applications involve unstructured data, including images, log files, and text. Standard central processing units (CPUs) found in conventional servers are not well suited for these shifts in applications and the highly distributed nature of these new workload types. As a result, much of the CPU compute processing power is relegated to infrastructure services instead of applications.

Traditional server infrastructure with a standard CPU runs and processes multiple types of payloads in the same processing unit, which is less than ideal. These include:

New technologies and redesigned hardware and software isolations are needed to satisfy the needs of highly distributed modern applications. However, with the contemporary developments using data processing units such as SmartNICs, this goal is now achievable.

The IDC also refers to these data processing units as function-offload accelerators (FAs). It is worth noting that many prominent service providers are adopting the use of DPUs or FAs with traditional platform architecture. With the adoption of DPUs and FAs into the enterprise data center, we will see a paradigm shift in how infrastructure is delivered and software is composed. This shift is helping to facilitate the decentralization of services with the trend in shifting to microservices. It is also helping to drive the disaggregation of hardware in the data center.

The challenges we have noted so far help highlight the physical infrastructure’s role in the transition to scalable, secure, and efficient modern applications. The disaggregated and decentralized approach using data processing units like SmartNICs is becoming very attractive to organizations looking to transition to modern apps running across disaggregated environments.

The SmartNIC data processing units allow solving many challenges associated with traditional servers with CPUs. These data processors allow offloading of specific workloads and provide the separation of processing tasks. The benefits provided by the modern data center architecture utilizing DPUs such as SmartNICs include:

What is a SmartNIC?

First of all, what exactly is a SmartNIC? Intuitively, a SmartNIC is an enhanced network interface card (NIC) that serves as its only data processing unit, allowing it to become its own standalone intelligent processing unit to process data center networking, security, and storage.

Foundational NICs (traditional network interface cards) have been used to interconnect multiple computers in traditional computer networks for years in Ethernet networks. Networking has remained a critical component of the modern data center. However, software-defined networking (SDN) is one of the major consumers of the compute cycles in the data center. It is a growing trend as more modern applications and technologies use software-defined networking overlays. However, in addition to SDN technologies, many other modern capabilities and features brought about by virtualization and modern microservice architectures are taxing even current CPUs with additional processing demands, robbing cycles from business-critical applications.

Devices based on the SmartNIC architecture are being developed by a wide range of companies with different approaches to their implementation. These include being implemented by the following technologies: 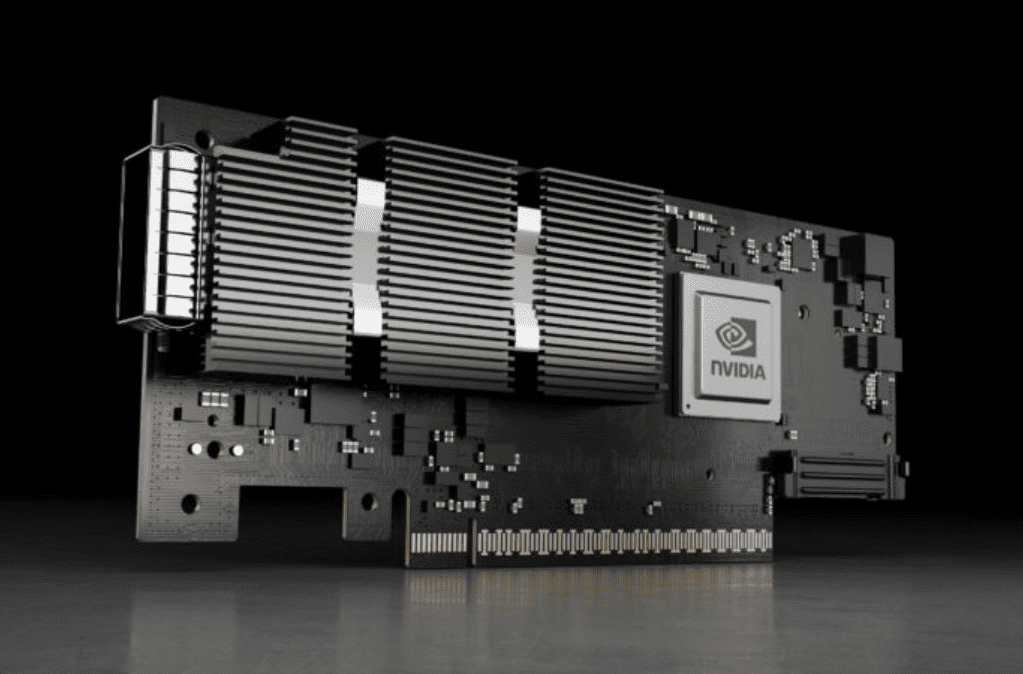 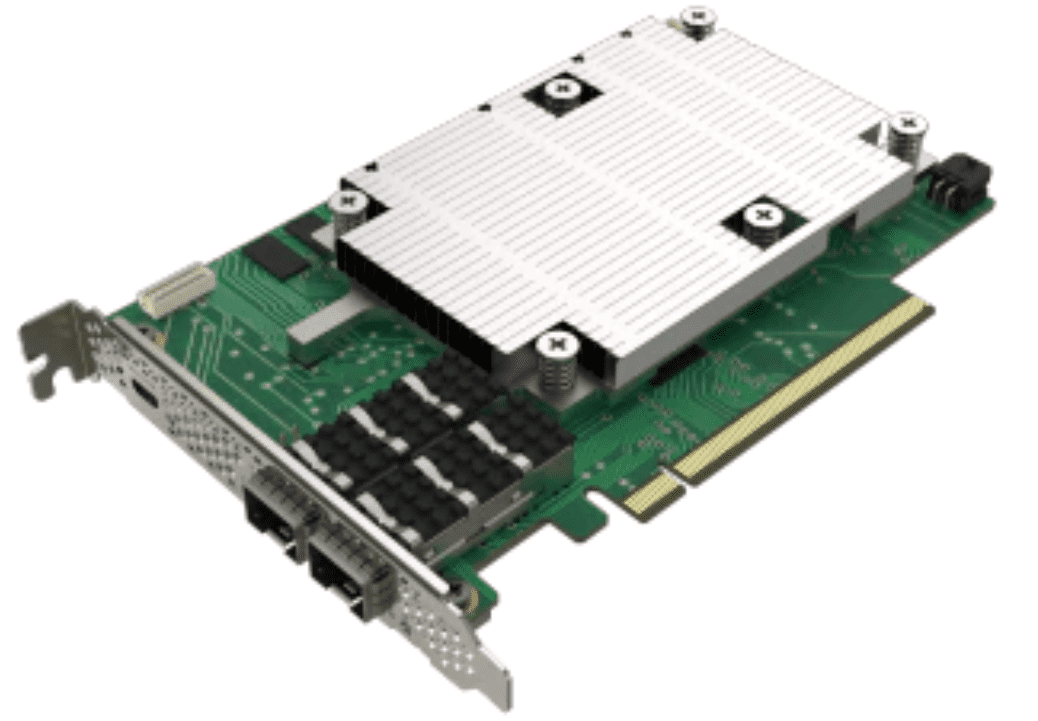 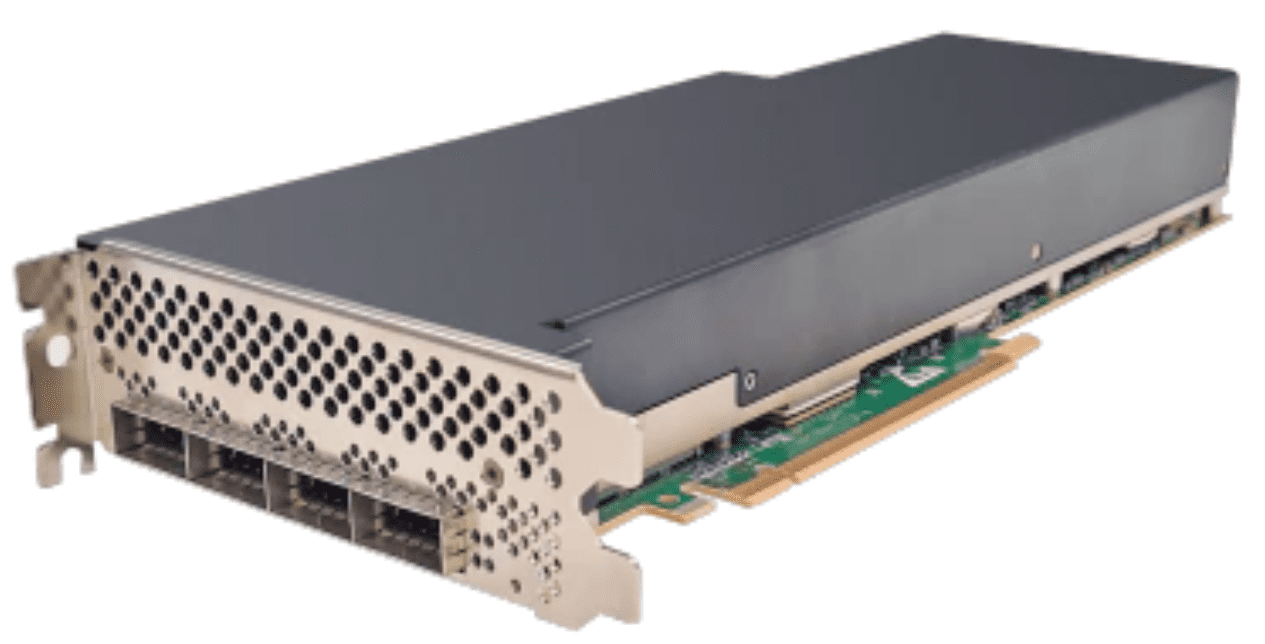 As we have detailed, the shift to modern applications is leading to a change in how organizations will be able to provide infrastructure to meet the requirements of the enterprise data center. More processing and compute cycles are spent on infrastructure services needed to connect the hybrid data center across many verticals.

In addition, new security challenges continue to mount as cybersecurity risks continue to grow, and the boundaries of the enterprise data center have been blurred with the integration of many cloud technologies and solutions. Businesses need a consistent operating model that unifies traditional and modern apps and better computing resource utilization for workloads without increasing infrastructure costs and security that provides robust isolation between infrastructure services and workloads.

What if you could run VMware, not in the traditional way, but rather on a SmartNIC where the ESXi hypervisor is isolated from the applications? Announced at VMworld 2022, Project Monterey is a new solution to meet the modern challenges facing businesses today, pivoting to modern applications running in distributed environments in the hybrid cloud. What is it?

As mentioned, software-defined networking and other infrastructure services are significant consumers of CPU and memory resources in traditional servers. In conjunction with Vmware Project Monterey, VMware has also announced that it plans to run distributed firewalls through the NSX-T Data Center Services-Defined Firewall directly on top of SmartNICs.

It would effectively offload the compute and memory requirements of software-defined networking resources from the traditional CPU and run these on the SmartNIC data processing units. When you consider that many of the infrastructure virtual machines resource requirements are not insignificant, it helps to underscore the benefits of the transition to the SmartNIC architecture in the data center.

The Future of VMware and SmartNICs

It is clear to see the direction VMware is taking with the introduction of support with Project Monterey and SmartNICs. With the massive shift to disaggregated applications and workloads, the traditional infrastructure model becomes less relevant and more inefficient. In addition, the popularity and use of GPUs in recent years for offloading CPU-intensive tasks for AI/ML workloads help show the benefits of these special-purpose data processing units or co-processors.

VMware is helping to provide the solution for organizations meeting the challenges of traditional infrastructure using microservice application architectures. With Project Monterey, businesses can embrace the use of SmartNICs. By offloading the infrastructure services processing and resources to SmartNICs, companies can free up the CPU for the all-important task of providing processing for business-critical applications.

Undoubtedly, the future of VMware and SmartNICs will continue to develop and help solve challenges related to the new “server sprawl” coming from the virtualization movement. It will help address the resource consumption coming from infrastructure virtual machines and other management VMs running simply to process infrastructure-related traffic such as software-defined networking.

If you think about it, the traditional management cluster in the VMware vSphere world may now be possible instead by using SmartNICs to run your critical infrastructure services and scale these by simply adding additional DPUs. It will be interesting to see if the future of management clusters will now reside in the new Project Monterey vSphere clusters. Decentralized disaggregated infrastructure services are the future for VMware. It will be exposed using the familiar VMware management and operational tools. How so?

Despite major changes underneath, VMware has done a great job keeping the management and operational tools the same for VMware vSphere and related services. As a result, you can look at solutions like VMware vSphere 7.0 with VMware Tanzu baked in, a.k.a vSphere with Tanzu. VMware has added all the features and functionality to the existing VMware vSphere Client. With vSphere with Tanzu, VI admins can now run modern applications inside Kubernetes-controlled containers and do that right beside traditional virtual machines that VMware has run for years.

One of the strengths of the VMware vSphere solution is the management platform with vCenter that hasn’t significantly changed for IT admins despite the introduction of new features and capabilities. It is arguably one of the reasons for the platform’s success, providing stability and consistency that admins need for Day 0, 1, and 2 operations.

With VMware’s Project Monterey, VMware will undoubtedly keep implementing the new features and changes in the underlying capabilities of vSphere running on top of SmartNIC data processing units. This change will allow operationalizing modern operations with disaggregated hardware using vSphere.

To properly protect your VMware environment, use Altaro VM Backup to securely backup and replicate your virtual  machines. We work hard perpetually to give our customers confidence in their VMware backup strategy.   To keep up to date with the latest VMware best practices, become a member of the VMware DOJO now (it’s free).

What Does it all Mean?

VMware’s Project Monterey will help organizations using VMware vSphere to take advantage of these new SmartNIC data processing units. In addition, it will help modernize the approach to infrastructure services and free up the CPU in traditional server architecture for processing business-critical applications they were intended to run. It will be interesting to see the future data center infrastructure and how DPUs, including SmartNICs, will help transform the enterprise and cloud data center landscape.

What makes a SmartNIC smart?

What is Intel Smart NIC?

What is a DPU SmartNIC? 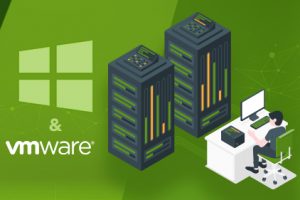