Learn how to deploy VMware Tools on Linux

In today’s post, we’ll have a look at how to deploy VMware Tools (vmtools) to virtual machines running Linux as the guest OS. The reason we install vmtools, is to improve VM performance and manageability. In fact, the vmtools package contains virtualization optimized drivers replacing those of the guest OS one such example being the vmxnet3 network card driver. In addition, the tools provide api frameworks such as VIX allowing you to programmatically manage VMs as well as expose information in vSphere clients, such as a VM’s IP address, that would otherwise be unavailable to the user.

Moving on, let’s see how one can deploy vmtools to a couple of Linux distros such as Centos and Debian. At the end of the post you will find a number of links on how to install vmtools on other Linux variants.

Depending on the Linux guest OS, there are a couple of methods you can use to install vmtools. The first and most commonly used method is that of the ISO package. This package contains all the vmtools binaries (installation files, scripts, etc) which is mounted as a virtual optical drive on the VM. The drive is then mounted using the mount Linux command whereby a packaged Perl script is used to install vmtools.

The second method, which is gaining traction, is the Open-VM-Tools (OVT) initiative spearheaded by VMware. This affords vendors the freedom to bundle vmtools in their respective OS release meaning vmtools are automatically provisioned as part of the guest OS installation. Alternatively, vmtools can be installed at a later stage using OS media or from a repository using package-management utilities such as YUM or APT.

As of February 2016, the Linux distros supporting OVT are;

I’ll be covering both methods starting with the ISO one. To illustrate the installation process, let’s first deploy vmtools to a Centos 6.x 32-bit virtual machine. As can be seen in Fig. 1 – Not running (Not Installed) -, vmtools have yet to be deployed to this VM.

To install vmtools, right-click on the VM name, select Guest and click on Install/Upgrade VMware Tools. Press OK to confirm.

This will mount the correct vmtools ISO image for the corresponding Linux guest OS set for the VM. To this effect, ensure that the correct guest OS been selected for the VM in question. You can verify the correct OS type from the Options tab of the selected VM under General Options as shown next. Anytime the OS type is changed, the VM must be powered off first.

After the ISO image is mounted, log in as root, using sudo or otherwise and carry out the following steps and commands. The commands, or syntax, may differ slightly according to the Linux guest OS at hand. 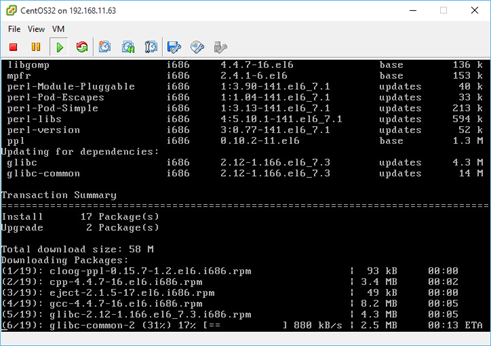 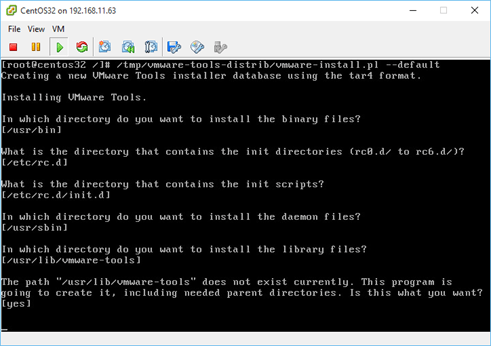 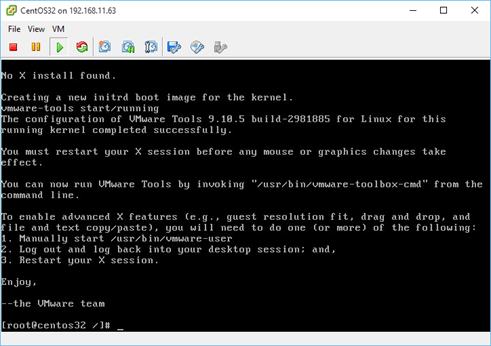 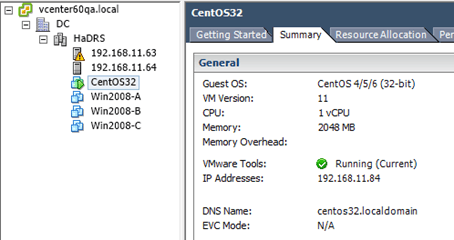 Figure 9 – Verifying the that vmtools have installed correctly

In some instances you may come across a missing compiler error while executing the vmware-install.pl installation script. This article explains why this happens and how to fix it.

Installing open-vm-tools from a repository

In this next example, I’m installing open-vm-tools on a Debian 8 64-bit distro. The process is illustrated in this straight forward walk-through on VMware’s website.  To avoid reinventing the wheel, so to speak, I put together the next video showing how open-vm-tools are installed. You’ll notice that, unlike the instructions found in the walk-through, I don’t use sudo since I logged in as root.

After installing OVT, notice how the vmtools status for the VM is set to Running (Guest Managed) as seen in Figure 10. Also note that the status for other third party vmtools installs will read as Running (3rd-party/Independent). This expected behavior is a result of the OSPs (Operating System Specific Packages) framework which uses the underlying guest OS software packaging and distribution mechanisms to install, update, and upgrade vmtools. 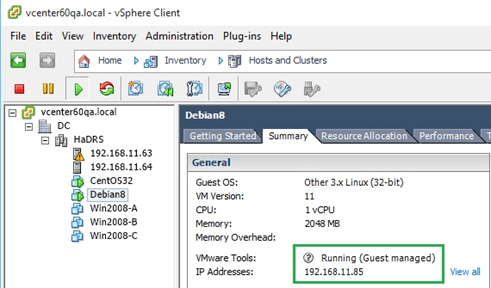 What about other Linux variants?

VMware maintains an updated list of Linux and all other operating systems that support vmtools. A complete list is available here. If a particular Linux distro is unlisted, do have a look at provider’s website to check if vmtools are supported natively. Arch Linux is one such example.

To conclude, here are some links related to today’s topic which I think you’ll find useful.

If you found this post useful do have a look at the complete list of VMware articles on this blog.

3 thoughts on "Learn how to deploy VMware Tools on Linux"