In this article, we’ll be looking at 7 common pitfalls that administrators make when moving VMware VMs from on-premises to the cloud. It’s an increasingly more common task – and these are the most common mistakes.

Lately, more and more companies that have not made the jump into the cloud are considering the possibility. C-level executives are starting to see statistics that show businesses that are utilizing the cloud are moving faster and are achieving more than their competitors. The offerings of public cloud such as serverless, PaaS, managed Kubernetes and containers, and infrastructure as code, is very enticing. However, moving workloads to the cloud has historically gone terribly wrong for too many companies. Here are seven mistakes, in no particular order, to look out for when moving VMware workloads into the public cloud.

1. Mimicking On-Premise Infrastructure in the Cloud

One of the most common mistakes made by IT Pros when designing their Cloud Infrastructure is they try to copy their on-premise environment in its design. This is mostly due to a lack of understanding of the cloud. However, cloud infrastructure concepts are not the same as they are in the traditional on-premise environment. For example, let’s look at high availability. High availability is not going to be the same as it was on-premise. Someone else is hosting the hardware now and that hardware will need to be updated and rebooted as a part of its operational maintenance. Because of this, most clouds recommend at least two Virtual Machines for applications that need to be highly available. Certain concepts like this, that are pretty simple in the traditional world of vSphere, are not the same in the public cloud space and need to be accounted for.

2. Not Realizing the Cloud Cost Model

Many companies do not have some sort of cost management policy in place until they get slammed with the big bill. With the cloud comes new dynamics and one of those is the “pay for what you use” mindset. This is a different way of thinking than the traditional on-premise way of buying all your storage and compute upfront and running as many workloads as it can handle without any care. In the public cloud, paying for compute and storage is just like paying a utility bill. You leave the hose on, you get a big water bill at the end of the month. Companies now need to be mindful of what they are using in the cloud and “turn off” as much as they can get away with. Maybe that means having your Development environment automatically shut down during the night and on the weekends. Many public clouds are now starting to offer ways of governing spend in the cloud where they can prevent certain teams from provisioning Goliath sized Virtual Machines that are very expensive. Having a plan to manage cost BEFORE migrating to the cloud is a key factor to being successful in the cloud.

Many cloud experts will tell you, moving your workloads from on-premise to an IaaS public cloud service is not really using the cloud. It’s just storing your VMs in someone else’s data center. Following this route will typically end up costing more money. To really take advantage of the cloud, look for ways to migrate workloads into cloud offerings other than IaaS. For example, look into migrating SQL or Web servers into PaaS. If PaaS is too limiting for your environment, take a look at containers. Many people don’t realize the cost savings on OS licensing when using containers. Speak with your vendors and see if they support running their application on docker.  A lift and shift straight to IaaS in the cloud should be viewed as a last resort. If your under a time constraint and need somewhere to host VMware workloads ASAP, take a look at some of the hosted VMware solutions on AWS or Azure. These offerings allow you to easily migrate workloads into the cloud and still use your VMware skillset to manage them. This will be expensive, but it can buy some time until a true cloud solution has been planned.

4. Rushing to the Cloud

Many companies fall prey to thinking they can quickly move their workloads into the cloud. It’s so easy to deploy infrastructure and the migration tools for moving Virtual Machines into the cloud work really well. However, there is a lot of additional planning that needs to be done. Security and governance need to be planned for, as well as high availability. Employee skill sets for managing the cloud needs to be taken into consideration. Yes, it is simple to create a network in the cloud and connect it to an on-premise VPN, then immediately start migrating VM’s over with a tool. However, this is the wrong way to do cloud and will cause all sorts of issues down the road. When moving workloads to the cloud, make sure to take the time to plan properly.

Bandwidth is the silent killer when it comes to cloud costs. It is typically left out when running the standard Azure or AWS migration tools that analyze cost. To protect yourself from any large surprises, make sure you’re aware of your total use of bandwidth every month. Most public clouds charge by egress, meaning they will bill you for traffic out of the cloud. This can also come into play for networks between two regions that are both in the cloud. Make sure to do your homework on estimated bandwidth costs BEFORE migration workloads into the cloud. Don’t just focus solely on the compute and storage areas.

6. Going Multi-Cloud Before Mastering One

Multi-cloud is starting to become a common practice, especially in the Enterprise space. Don’t make the mistake of biting off more clouds than you can chew. Become efficient first with one cloud-first, then look into a multi-cloud strategy. Public clouds are different than what we’ve experienced with traditional on-premise technologies. They are rapidly changing and evolving in a way that we’ve never seen before in the IT world.  It’s very difficult to learn and stay up to date on just one cloud provider, introducing a 2nd one at the same time will cause many headaches.

As I stated above, the public cloud space is difficult to learn. Just because you’ve been doing IT for 10 years doesn’t mean you can just “run with it” and build workloads in production securely without putting your company at risk. It is a different skill set and in some cases feels like learning IT all over again. Because Cloud technologies are so new, don’t be afraid to use consultants to help you get started. It’s worth the cost of having an expert make sure that you’re not exposing something to the public that could jeopardize your environment.

There are many benefits of the cloud and it’s an exciting time to be in IT right now. If you’re planning on migration workloads to the cloud, make sure you check all your boxes. Don’t make the same mistakes that many companies have made in the past. Be sure to take your time and plan accordingly with cost optimization in mind. Remember, a “lift and shift” into IaaS should be viewed as a last resort for workloads. Good luck! 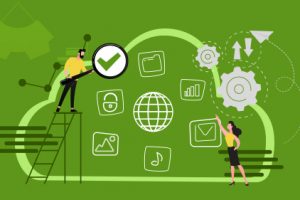 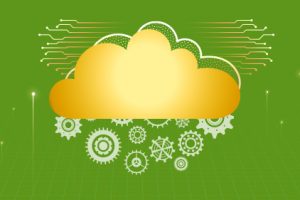 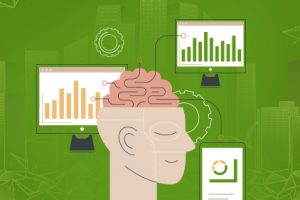