Today’s post explores the concept of x86 hardware virtualization which is what allows multiple operating systems to run in parallel on a single x86 based processor. One of the main benefits of virtualization is that hardware resources such as servers can be exploited to their fullest. Rather than provision a physical server to host perhaps one or two applications which in most cases sees mediocre system utilization – there are exceptions of course such as high load SQL servers – , the same server could instead be used to run a number of operating systems in parallel each hosting its own application. All this is accomplished using virtual machines which are isolated instances of the hardware being virtualized. Incidentally, isolation is yet another bonus intrinsic to virtualization.

We take this for granted whenever we run multiple VMs on hypervisors such as ESXi, Hyper-V, XenServer and KVM.

When virtualization started to take root, hardware virtualization was primarily done in software using complex emulation techniques. This approach, however good, had its limitations and ultimately suffered from performance issues.

An x86 processor implements what is known as a CPU privilege or protection ring scheme to regulate direct access to system resources. This keeps systems stable and secure. OS kernels generally run in ring 0, the highest privileged level. Drivers and similar software, in theory, should run in rings 1 & 2 while application software such as the browser you’re using just now, runs in ring 3.

Hypervisors such as ESXi run in ring 0. What this means then is that VM guest operating systems can only run in ring 1. When a software-based virtualization approach is taken, a hypervisor will have to trap and emulate processor instructions which simply cannot be executed at ring level 1, i.e. the level a VM’s guest OS is running in, hence the performance issue. The problem in reality is somewhat more complex but this is essentially why a better solution was called for.

VMware had actually worked around the problem using a process known as binary translation. This article makes for an interesting read if you wish to look at the bigger picture.

Enter Hardware-Assisted virtualization, an initiative undertaken by both Intel and AMD in 2005 as a direct response to the issue described above. New processors launched by both vendors saw the addition of virtualization-specific processor instructions resulting in a much needed boost in performance. In addition, a new ring level referred to as ring -1 was added to allow hypervisors to run in their own dedicated space leaving ring 0 fully accessible to guest operating systems. This eliminated the need for complex emulation hence the boost in performance. Truly, things are not this simple. In reality, VMs are made to “think” that they are running at ring 0 when in actual fact they are not.

Figure 1 depicts ESXi’s hardware requirements reproduced from the ESXi 6.5 documentation page. The requirements are essentially identical to those for previous versions.

I’ll address each requirements in the order of how they are labelled:

Verifying that your processors meet the requirements

There are a number of things you could do to ascertain whether a processor is compatible with ESXi or other VMware products such as VMware Workstation. 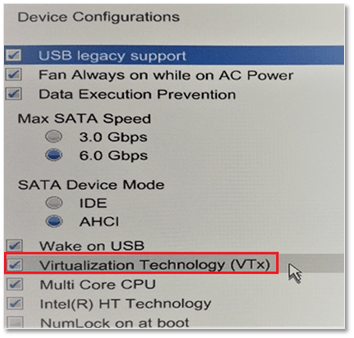 Figure 3 – VT-x setting on my laptop 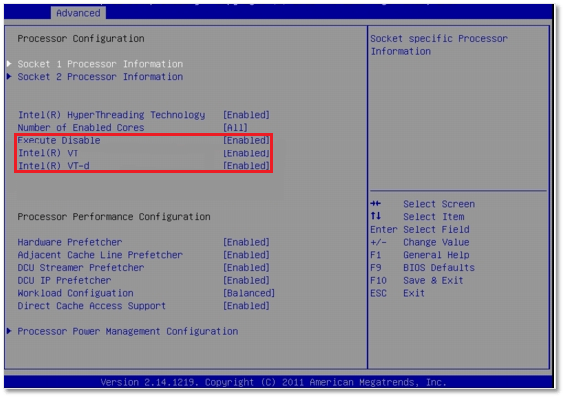 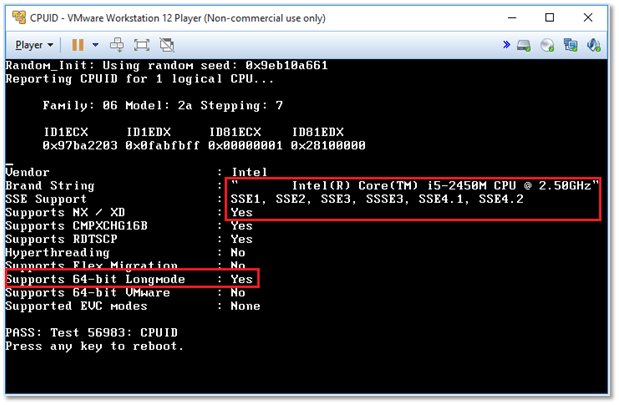 To verify correct functionality, I rebooted my laptop and disabled the virtualization settings from BIOS. As per Figure 7 & 8 respectively, the tool correctly detects that VT-x is disabled and, as expected, a 64-bit VM will fail to start. 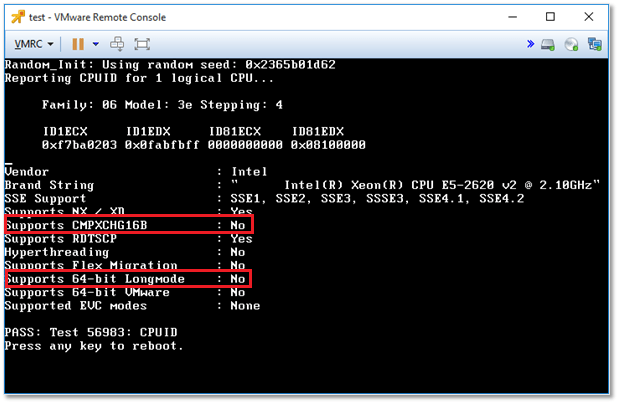 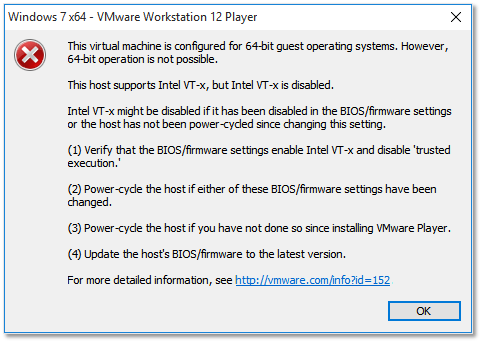 Incidentally, you will get the same type of error when running 64-bit machines on an ESXi host with VT-x disabled. Furthermore, you will experience the same when running VMs on a nested ESXi unless you enable the Expose hardware assisted virtualization … setting from the vSphere Web Client. You should also enable NX/XD as shown in Figure 9. 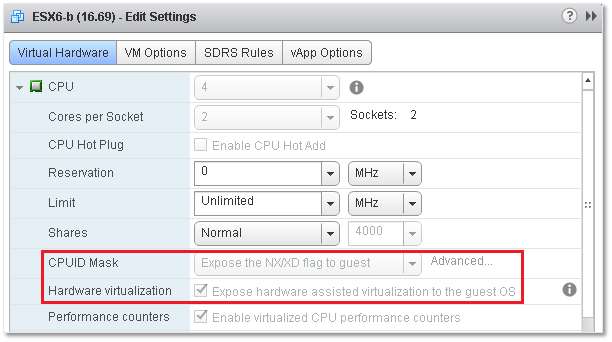 One final trick you can use, for trouble-shooting purposes more than anything else, is to run the following command on ESXi (SSH).

Fig. 11 shows the command’s output when executed on one of my test servers. The value 3 tells me that 64-bit is supported and is enabled as per the following values list.

In today’s post we saw how hardware assisted virtualization makes it possible to seamlessly run multiple operating systems on a single processor thanks to the CPU’s embedded virtualization features. I’ve also covered ESXi’s processor requirements and how these enable 64-bit guest support. In addition, there are a number of methods you can use to check if a processor supports virtualization. Finally we’ve covered a number of tools and methods with which to assess 64-bit VM support within your environment.

As always, I hope you found this article useful and interesting.