Task Scheduler is a built-in Windows utility that does not often get the respect it deserves as a powerful automation tool.  Although it only has a few features, Task Scheduler’s ability to run any script at a scheduled time or be triggered via an event is very useful!

This blog will show you how you can use Task Scheduler to automate your backup, recovery, and administrative tasks before you even need to start the backup itself.

Let’s review a few relevant features of Task Scheduler, which can be used to improve your backup and recovery procedures: 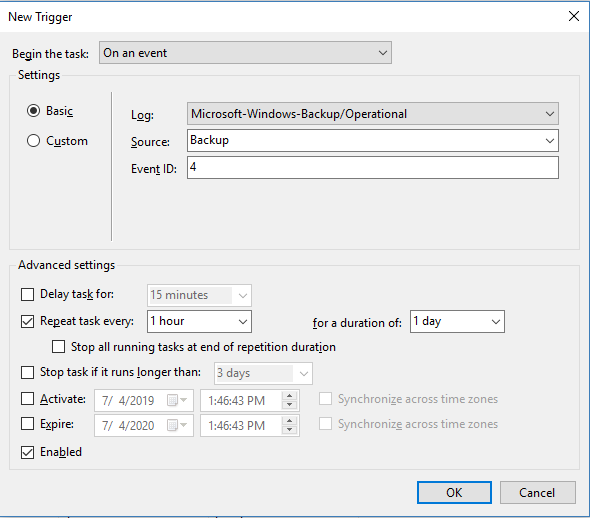 Figure 1: Task Scheduler is configured to trigger an action if Event 4 (Backup Successful) is written to the event log.

This task will then monitor the event log, and if a matching Event ID is discovered, it will trigger an action. 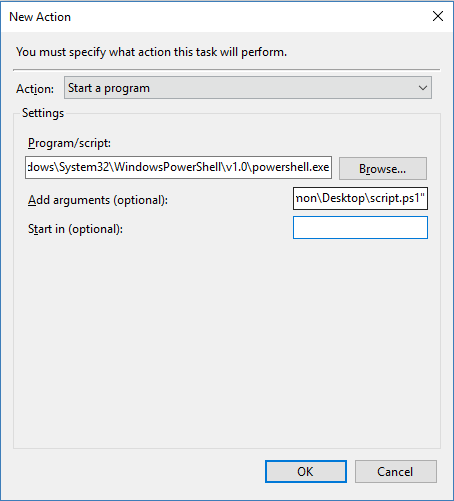 Figure 3: Task Scheduler is triggered to run PowerShell and then provide the location of a script

Since Windows Server uses PowerShell as its primary scripting language, this section offers guidance for running PowerShell from Task Scheduler.  If you are integrating your script with any third-party API, such as your backup provider, you should ensure that they have an API or PowerShell cmdlets that you can use to automate your backup tasks.  Altaro offers both an API and PowerShell, making it easy to perform various automated tasks, such as applying a configuration template, taking an offsite copy, and restoring a VM.

For any task which requires you to run a PowerShell script, you have to be able to launch PowerShell and send it the file path of the script to run.  For Windows or Windows Server, you will usually use the following parameters from the Start a program option:

If you are using Windows Server Backup with PowerShell, you can find complete documentation here.

Creating a Backup with Task Scheduler

The first collection of tasks you should consider are related to creating a backup.  While every backup provider offers this fundamental feature, they may not allow you to automate pre-backup testing and post-backup verification tasks.  Remember that for a backup to be completed successfully, dozens of sequential actions need to happen correctly before and after the backup.  You can use the following checklist against your system, but be sure to consider any other custom steps in your standard backup workflow.  The order suggests which actions can be run concurrently (1a,1b, etc.) and should be consecutive (4,5, 6, etc.), but you should reorder to whatever makes sense for your infrastructure. The backup process can be triggered by either a manual request, an event, a previous task, or a scheduled time.

Managing your Backups with Task Scheduler

Task Scheduler can help you with regular backup management and maintenance tasks.  Most enterprise backup providers will provide similar functionality, such as Altaro’s VM Backup, which allows you to replicate your backups to Microsoft Azure.

Triggering a Recovery from Backup with Task Scheduler

Whenever there is an outage, you will want to verify which services were affected and whether any data loss happened.  While these tests are running, you may want to also initiate parts of the recovery process so that you can minimize the total service outage.  It is important to automate the detection and recovery because any manual steps will slow down the process. You can find more best practices from Altaro’s blog about how to Recover and Restore your Backups Faster after a Disaster.  The following order and steps may vary based on your infrastructure and recovery solution.

If, at any time during this process, you need to terminate a task that is running, such as detecting a false failure alert, you can use the PowerShell cmdlet to stop any Task Scheduler task.  Keep in mind that this will terminate the task only if it is still managed by Task Scheduler.  If this task has already triggered some other action, such as running a PowerShell script, then that other process must also be terminated.

Task Scheduler offers simple yet powerful tools for managing backups and recovery.  Whether you depend on Task Scheduler or a third-party backup solution to manage your critical data, make sure that your backup infrastructure is also highly-available and resilient.  Windows Server Task Scheduler can even be deployed on a Failover Cluster so that its tasks failover between nodes and will always run.  Check out the documentation on how to use PowerShell to manage Clustered Scheduled Tasks.  With these Task Scheduler tips and tricks, you will now be able to add more resiliency to your backup and recovery workflow.