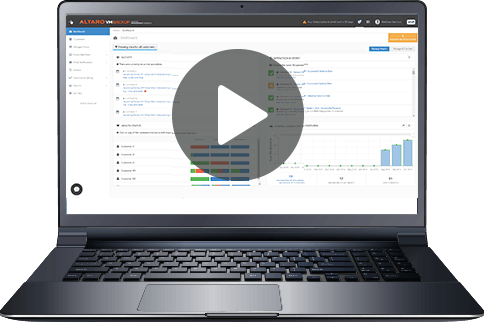 Altaro VM Backup is a fast, affordable, high performance backup solution, specially developed for small and mid-market businesses. We’ve cut the waste and hassle to give you an agile, streamlined solution that is easy to implement, feature-rich, with outstanding support as part of the package.

All your Altaro VM backups can be managed through Altaro's ground breaking Cloud Management Console (CMC). Execute quickly and easily and have complete control over backup/restore jobs in real-time, via a single cloud console.

Designed to monitor & manage multiple hosts, customers (if you’re an IT Reseller) or sites.

Subscription based automatic payments, you pay per VM usage, per month.

Get started with Connectwise Automate (Labtech) and Altaro VM Backup

Connect your LabTech Control Center to your Altaro CMC Account

The integration of ConnectWise Automate (Labtech) with Altaro VM Backup Cloud Management Console is no longer being actively developed. You can still configure your backup alerts to integrate with the ConnectWise Control Center in its current form; however, no support is being provided for this plugin. 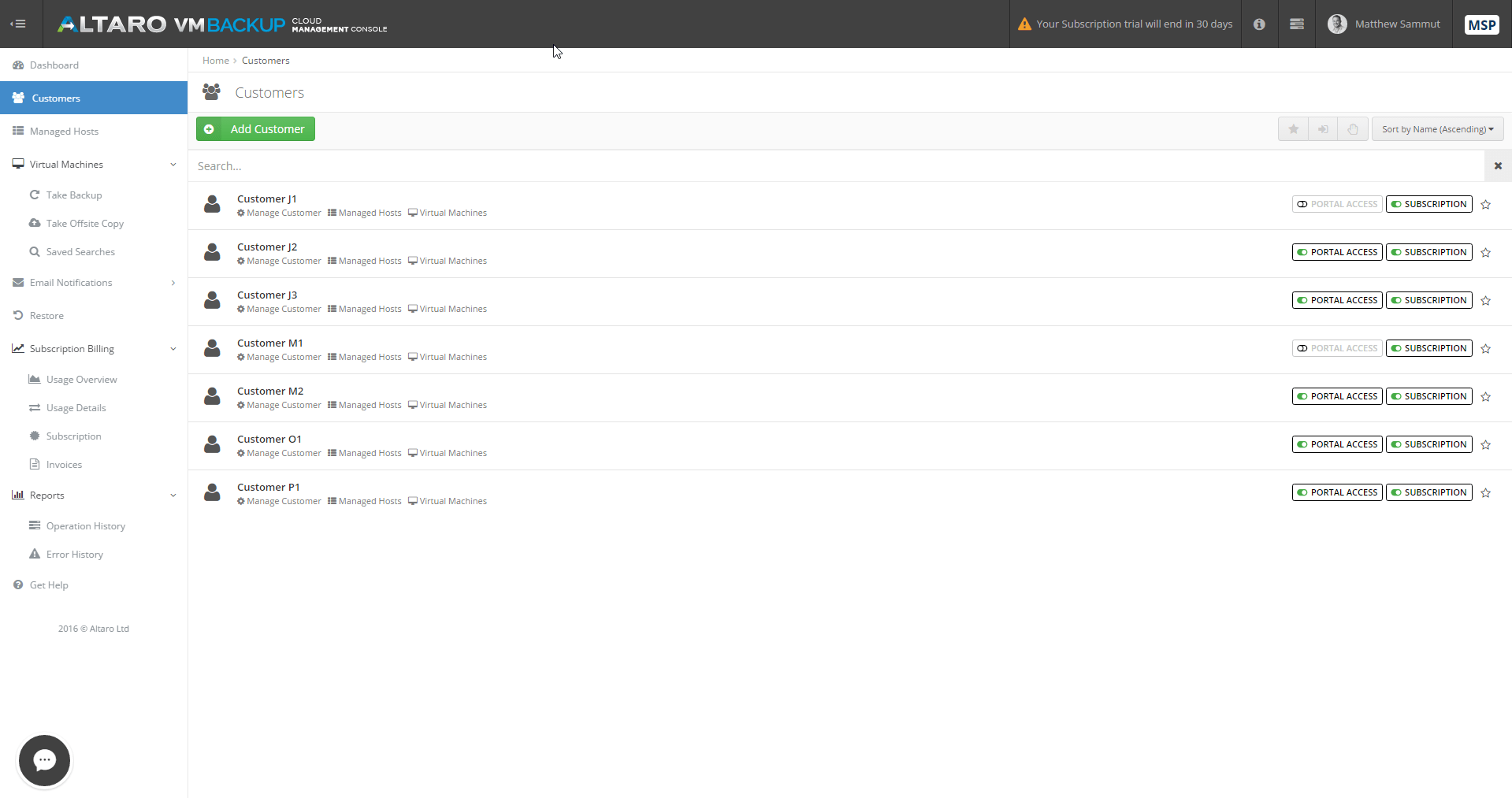 Need more info or have a question? Contact Us

Whether you're a small or mid-market company or a large corporation, Altaro is provider of choice for backup solutions for Hyper-V, VMware, physical Windows servers, endpoints, and Office 365