As virtualization has become the norm, the need for physical-to-virtual conversions (P2V) has begun to decline for many of us. There are still a great number of legacy systems waiting their turn to be transferred. There are also many administrators inheriting systems from departed colleagues that avoided virtualization right up to the bitter end. Whatever your situation, this article is for you. 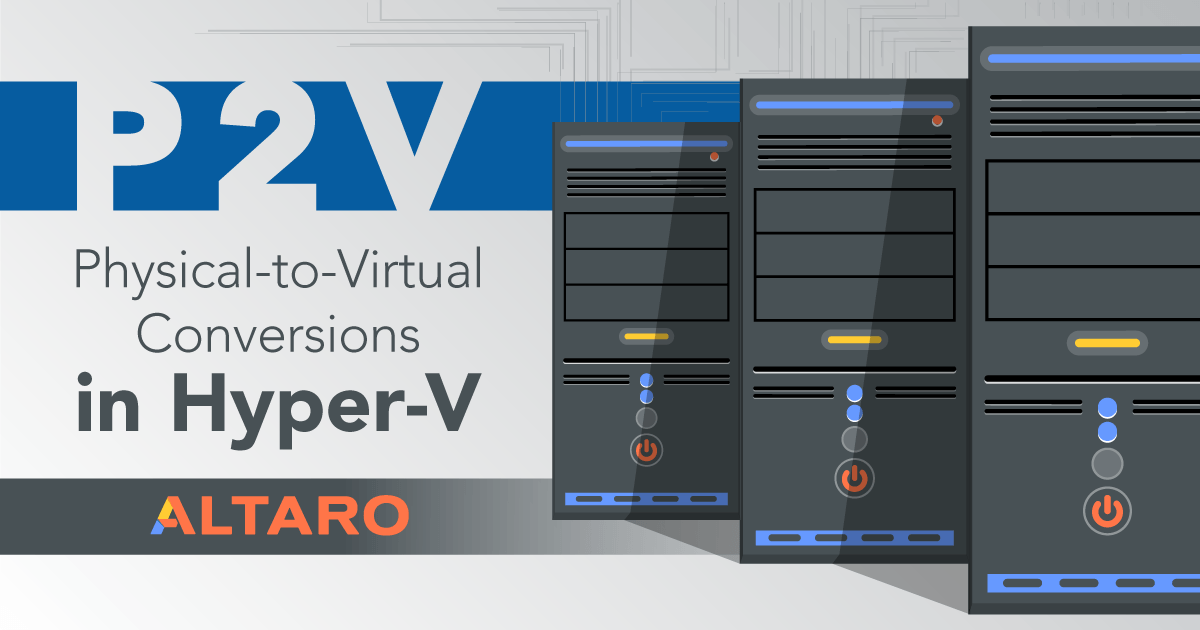 What is a Physical-to-Virtual Conversion?

In simple terms, a physical-to-virtual (P2V) conversion transfers the entire state of an operating system installed on bare metal into a virtual machine. It is commonly done with the intent of retiring old hardware without rebuilding the system. It is also commonly done when an organization first begins to transition from an all-physical environment to a virtual environment.

Truthfully, the best approach is to not perform P2V at all. It is fraught with peril. You will probably spend hours making your converted system work correctly. You will have a hybridized system that may not ever function optimally. Software support departments won’t like it. You might never make the thing work at all.

In particular, do not perform P2V for these systems:

Converting Exchange is more or less the same operation: add the new server into the Exchange infrastructure and remove the old one.

I am tempted to include Internet Information Services (IIS) in the list of “never migrate” just because moving IIS is usually very simple as well, but many of my earliest P2V experiences were with IIS and those ended well. I would not P2V SQL, though.

Whatever your application is, start with your favorite Internet search engine or the application’s support team and research migrating from one server to another. Wherever possible, always choose a data migration path over a physical-to-virtual conversion.

These are the things that you can expect to have trouble with after a P2V:

Increasing the Odds of a Successful P2V Conversion

Sometimes, P2V is just what needs to be done. There are a couple of things that you can do to increase the odds that your conversion will be successful:

Tools to Perform a P2V Conversion

There are a number of options for performing a P2V. These are the most common methods: