What is the Difference Between a Checkpoint and a Snapshot?

The short answer is that there is no difference from a technical perspective. They are one and the same. The term snapshot was largely made popular with the VMware vSphere platform, which is the virtualization platform that many IT Pros cut their teeth on. Hyper-V followed the snapshot terminology for some time but eventually settled on the term checkpoint as an alternative. So, again, they are the same thing, but platform-dependent. VMware = Snapshot. Hyper-V = Checkpoint.

When Should I Use Snapshots?

As previously mentioned, checkpoints allow a system to be rolled back to a previous state almost instantly. The reason why a snapshot is able to do this is that, unlike a backup, a snapshot does not make a copy of your data.

Checkpoints are also useful to those who are performing software upgrades. If, for example, an operating system upgrade were to leave a virtual machine in an unbootable state, a snapshot can be applied, thereby reverting the virtual machine’s operating system to its pre-upgrade state. The same basic concept also applies to application upgrades and to the installation of patches.

The Anatomy of a Snapshot

Now, suppose that an administrator created a checkpoint for a Hyper-V virtual machine and then attempted to upgrade an application that was running on the VM. Let’s also pretend that the application upgrade process has failed and that the virtual machine has been left in an undesirable state. The administrator can easily put things back the way that they were by applying the checkpoint.

When the administrator applies the checkpoint, Hyper-V deletes the differencing disk and resumes read/write operations on the original virtual hard disk (there are actually a few different options for how checkpoints are applied, but this is the simplest use case). At this point, the virtual machine is back to normal.

Why Checkpoints Are Not Backup Replacements

Most application servers have dependencies on other servers. An application might, for example, be tied to a SQL Server, a Web front end, or perhaps an LDAP server. If a checkpoint were to be used to roll back an application server, there is a chance that a consistency problem would occur because other dependency servers were not rolled back. Of course, the chances of this happening vary depending on the application and the role that the virtual machine is performing, but application consistency should always be a consideration when using checkpoints.

The reason why checkpoints can hurt performance has to do with the way that checkpoints work. As previously noted, checkpoints redirect write operations to a differencing disk. So with that in mind, consider what happens when a virtual machine performs a read operation.

Now, suppose for a moment that an administrator creates an additional checkpoint for a virtual machine. Hyper-V will then treat the existing differencing disk as read-only and will create a new differencing disk. All future write operations will now be directed to this differencing disk. Here is a brief diagram showing this in action:

All said, checkpoints and snapshots are great for their intended use-case (Not backups!), but you have to keep them properly managed and maintained. 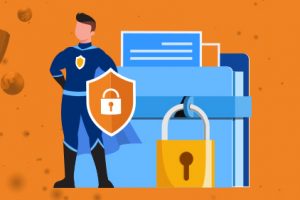 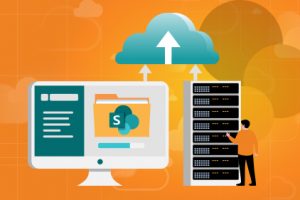